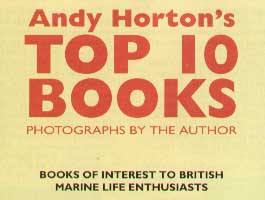 In 1996 and 1997 we were fortunate that there were some outstanding books. There are some very good books but no clear "best book of  new original work" first published during 1998. There is very little to choose between them. 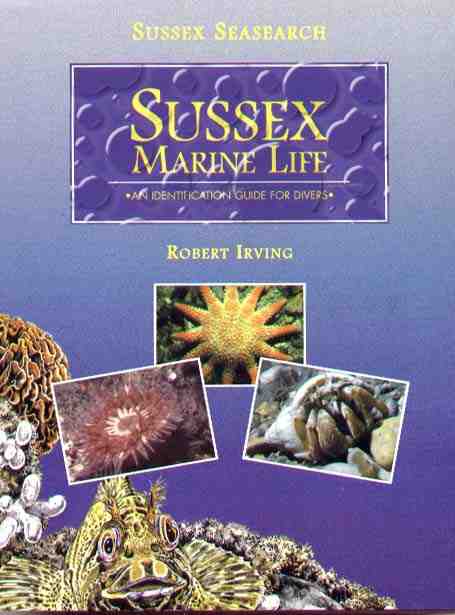 This guide to the undersea world off the Sussex coast arose out of the divers survey called Seasearch. It is a colour photograph database of all the common species likely to be encountered by divers. The Sussex coast is representative of all the British coasts, being less biodiverse than the clear waters of the south and west, but more varied than parts of the North Sea. Therefore, it will be of interest to all divers, and rockpoolers as well, because most of smaller intertidal species are also to be found in the shallow seas.

Do not expect terrific photographs from this book. Sue Daly's photographs in her Channel Islands book are much better, so if this is your preference, it is best to choose her book.

"Tail flukes moving up and down, blood pumping furiously, an 80-foot-long female blue whale named June races into the gulf, hunger gnawing at her multichambered stomach. Her stomach is the size of a small blimp" 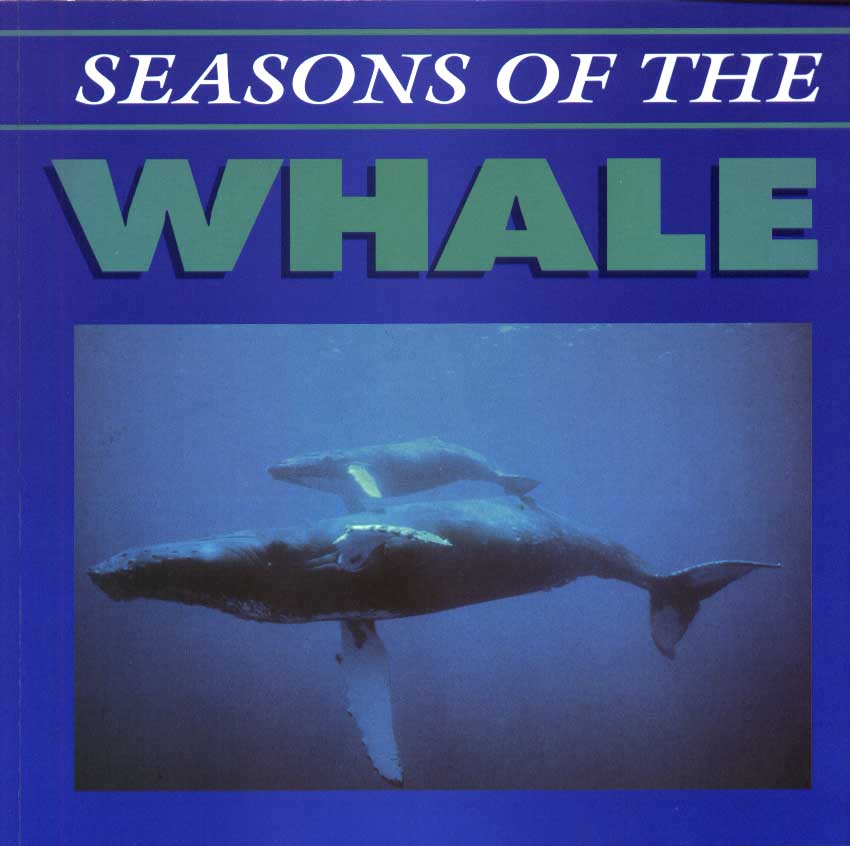 The story is of Atlantic whales by a serious science writer; an account of  whales in their natural environment with information about the oceans so that the reader can appreciate the world in which the remnants of the whale population still survive.

The account  reads more like a novel than a text book following the whales on their annual migrations. Almost every page has some of the best whale photographs I have seen in a book.

This book answers most of the questions I get asked about whales. 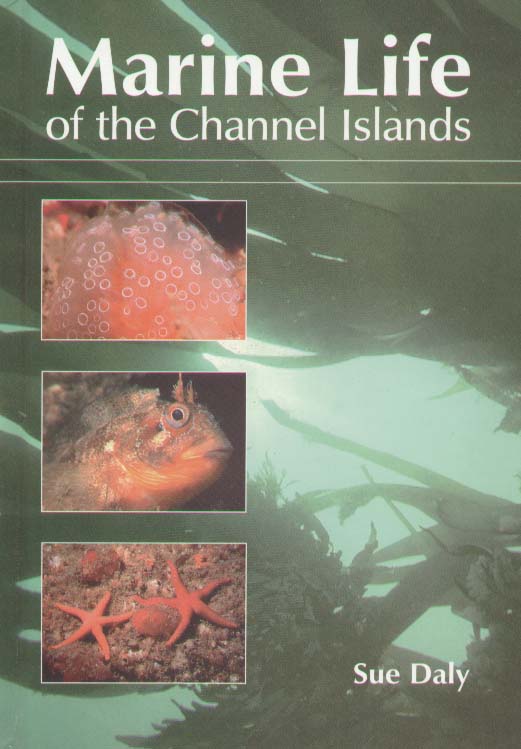 This is a general introductory book to the marine life around Jersey, Guernsey, and the other Channel Islands. It should appeal to both divers and rockpoolers. The 170 photographs of the common species and some unusual ones are mostly excellent and taken underwater. They are accompanied by informative text, designed to appeal to the novice, with enough extra information for the experienced.
(4)
A Guide to the Selection, Care and Breeding of
CORALS for the
MINI-REEF AQUARIUM 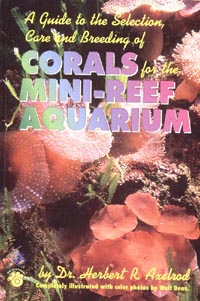 The book assumes the aquarist has a basic understanding of the establishment and upkeep on marine aquaria. It briefly explains the biology of corals and then examines the requirements of each individual species with some clear and attractive photographs by Walt Deas. An important distinction is made between 'hermatypic' corals that use zooxanthellae (symbiotic algae) and 'ahermatypic' corals that are 'predators which will eat anything they can paralyze with their stinging tentacles'. Each species is colour coded with the level of experience needed in keeping them.

This book is essential reading for any marine aquarist wishing to keep tropical corals. The book contains an index and bibliography.

The latest well written book in the excellent new series by Collins on various subjects of the natural world packs an outstanding amount of accurate information into its 288 pages is astounding and covers whales, dolphins and porpoises throughout the world. There is a chapter by Eric Hoyt of where to go to see the big whales and a bibliography and list of organisations.
(6)
ELEMENTS OF MARINE ECOLOGY
by R.V Tait & F.A Dipper
4th Edition
(Butterworth Heinemann 1998)
£19.99 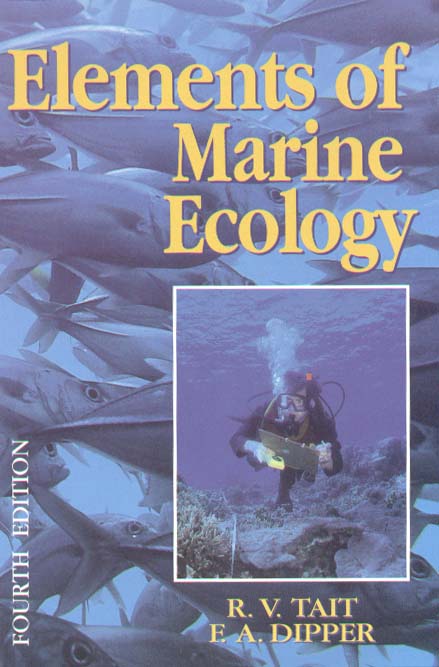 In 1968, Ronald V. Tait wrote this book, as an important text for students studying marine biology. Since that date it has become the standard book on marine ecology and has been reprinted on numerous occasions. This fourth edition is under the co-authorship of Frances Dipper  and updates the earlier version with some improvements whilst retaining the order and format of the original. The book covers all the oceans of the world and contains a comprehensive bibliography updated from the earlier editions.
(7)
SEALS & SEALIONS
by David Miller
Colin Baxter Photography 1998
ISBN  1-900455-46-3
£11

This interesting well written book provides a comprehensive introduction to the Seals and Sea Lions of the seas of the world, and their relationship with Man. It covers all aspects of their lives including feeding, breathing underwater and their breeding cycle. 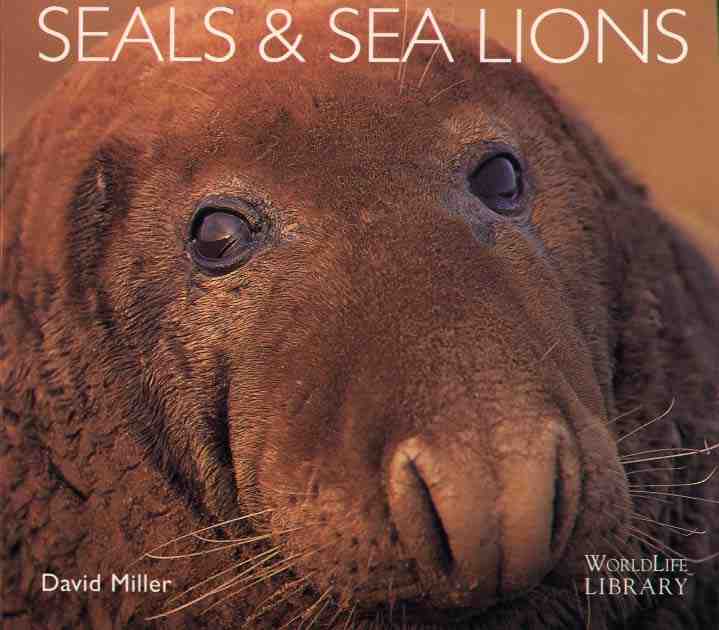 Individual species of Seals and Sea Lions are not featured on their own pages, but the Index chapter gives the common and scientific names, general distribution details, brief details of their diet, length and average weight, and the estimated world population. 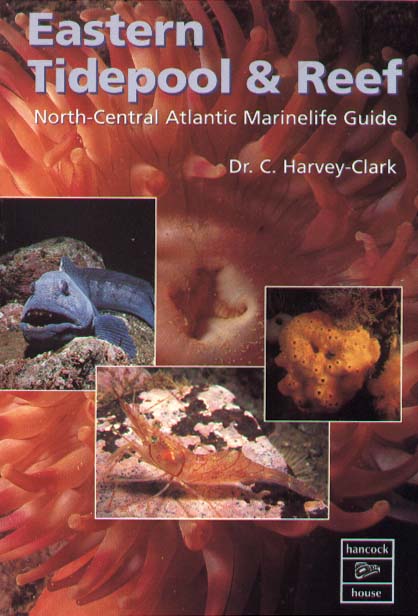 This is a general guide to the species commonly encountered on the American side of the North Atlantic. It is interesting to British marine enthusiasts because some of the species are identical to those found on the European side and others are similar.

(9)
THE SPECIES DIRECTORY OF THE MARINE FAUNA AND FLORA OF THE BRITISH ISLES AND SURROUNDING SEAS.
Edited by C. Howson and B. Picton
Ulster Museum & the Marine Conservation Society 1997.
About £70.

The project to collate the species that live in the seas off Britain is an ongoing project. The Directory is a list of all the species grouped systematically according to their scientific names, with a comprehensive bibliography. The 1997 edition, not available until 1998, is the latest list and is useful on the rare occasions (about once a week for me) that I have to look up a vagrant, unusual species that is not listed in the usual identification books. I am waiting for the list to be produced on a CD-ROM when it will be truly useful.


(10)
THE LIVING SEA
SEA LIFE ALONG THE NORWEGIAN COAST
Text by Stein Mortensen
Photographs by Per Eide
ISBN English edition: 82-908-2334-7

Readers of my Christmas Booklists for the last two years will be familiar with my reviews of general books on the marine life around Britain including the book by Amanda Young with photographs by Paul Kay and Linda Pitkin's excellent book reviewed last year. 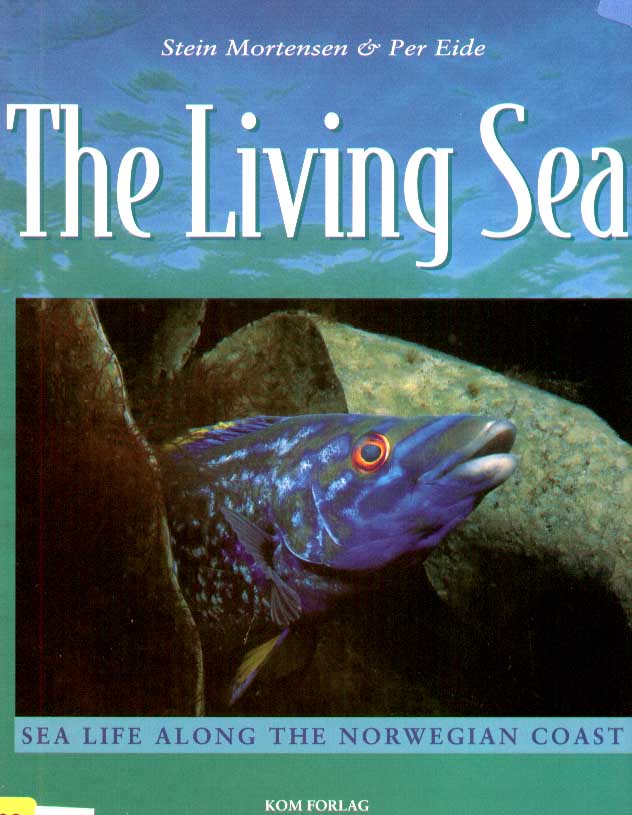 Books now need to be more specialised or deal with other parts of the sea to contribute anything new. The Norwegian seas are particularly interesting and share many species with the Scottish seas, and this book includes excellent photographs of species, although present in British seas, have rarely been captured on film. Examples include the King Crab Lithodes, The Tadpole Fish, Rabbit-fish, Spider Crab Hyas, Herring eggs, and underwater vistas of sea anemones and soft corals.

The well-written text translated into English has an unique Norwegian angle with their own special habitats called fjords, and polls, as well as the maelstrom currents. The Norwegian coast has suffered from problems with plankton blooms and these are briefly discussed. This is a very interesting book.

Readers interesting in Norwegian marine wildlife can find the work of other photographers via the BMLSS (England) web page.

Books: Popular Guides
Other Journals: References to Articles only