In June 1992,  over 150  Heads of States signed the Convention on Biological Diversity at Rio de Janeiro. They did so to express a shared belief that action must be taken to halt the worldwide loss of animal and plant species and genetic resources.

World Oceans Day was first declared as 8th June at the Earth Summit in Rio de Janeiro in 1992.
Events will occur all around the world on and around this day.

The theme of World Oceans Day, Our oceans, our responsibility, emphasizes our individual and collective duty to protect the marine environment and carefully manage its resources. Safe, healthy and productive seas and oceans are integral to human well-being, economic security and sustainable development.

The oceans are essential to food security and the health and survival of all life, power our climate and are a critical part of the biosphere. The official designation of World Oceans Day is an opportunity to raise global awareness of the current challenges faced by the international community in connection with the oceans.

It was the Canadian government, at the 1992 Earth Summit in Rio that first mooted the idea of World Oceans Day. In 1998, UNESCOs Intergovernmental Oceanographic Commission lent its support to this international Day of celebration.
Since 2003 World Oceans Day has been co-ordinated jointly by the World Ocean Network and the American association, The Ocean Project. 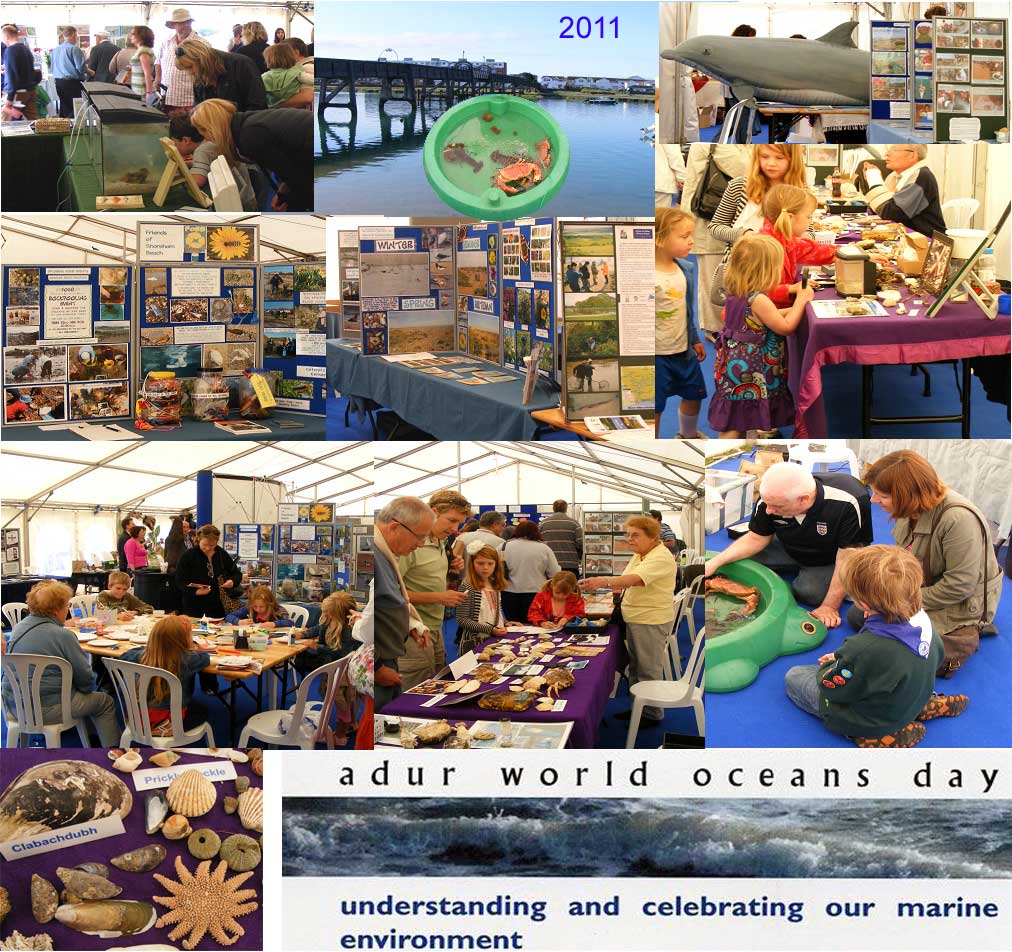 The twelfth Adur Environment Festival and Adur World Oceans Day 2012 will take place in the marquee on Coronation Green, by Shoreham Footbridge at the High Street end on the second Saturday of the Adur Festival. Len Nevell of the British Marine Life Study Society will be there with the usual exhibition of lobsters and crabs.

Participants are still welcome but they will need to book their place as soon as possible. Click on the image above for contact details and more information.
Admission: FREE


World Oceans Day offers the opportunity for people in many parts of Britain and around the world to increase their understanding of the marine environment and wildlife of the oceans.


A Poster Template is available in *pdf format

References to the Biodiversity Earth Summit (1992):