The seaside hamlet of Woolacombe in north Devon is at the foot of a steep road leading down to a sandy beach, which is punctuated with large outcrops of limestone rock. To the north the sand gives way to the promontory of Morte Point. Barricane Beach faces due west and is fully exposed to the Atlantic weather. 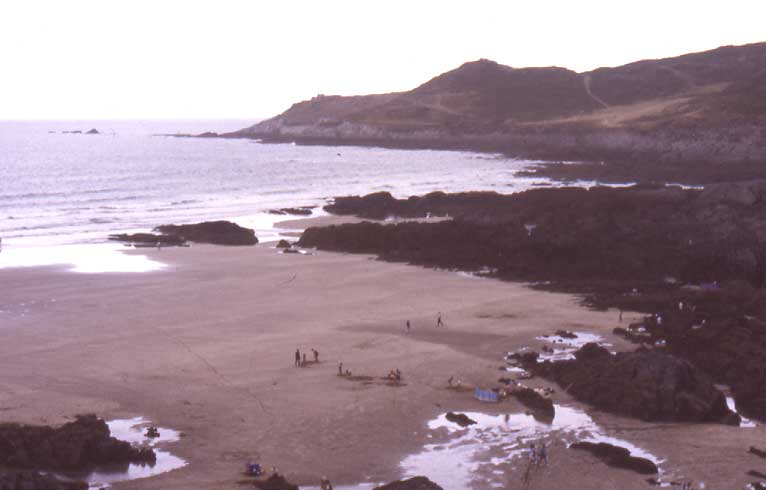 The fauna is somewhat limited by sand scour. On suitable substrates with hiding places large specimens of the Shore, Edible and Velvet Swimming Crabs can be found. Under rocks, the Shanny and 5-Bearded Rocklings are very common. Starfish are found in unpredictable numbers on the mussel beds.

The beach is an ideal location for the anemone enthusiast, with six different species to be found, including some very large and colourful Dahlia Anemones. A large variety of Gem Anemone, Bunodactis verrucosa, with in excess of 100 tentacles, together with the rare Anthopleura thallia in a variety of reds, yellows, greens and oranges have been found. The other species are the Beadlet, Daisy and Snakelocks Anemones.

This site has yet to produce many fish species, although I have spied Mackerel in the large gullies. However, a trip after a storm can be productive to the echinoderm fancier. In January 1990, I found a Spiny Starfish, Marthasterias glacialis, with a total diameter, including the arms, of 32 cm.