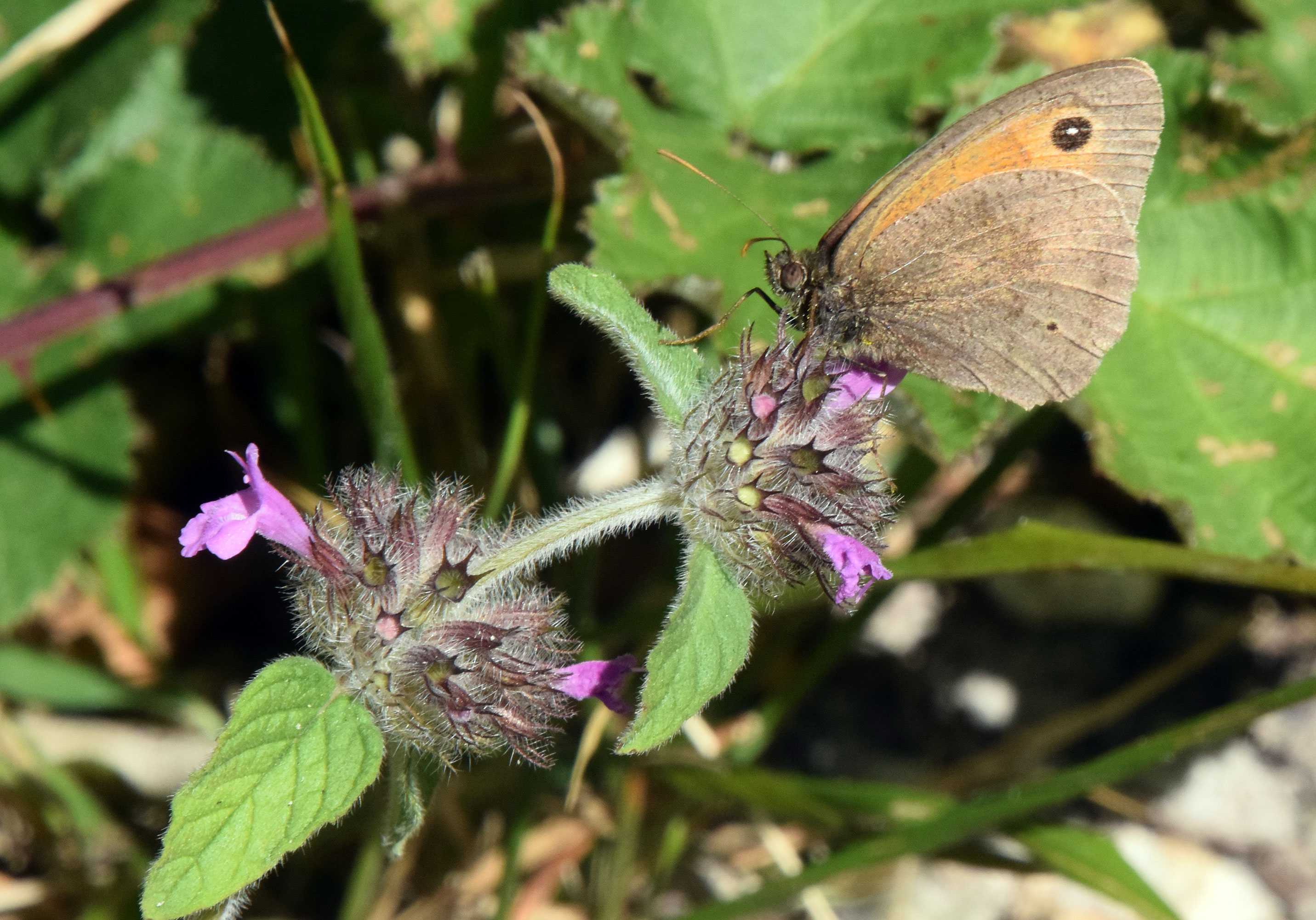 There was a show of about fifty butterflies of eleven species with some, especially the Small Copper and the one tatty and one worn Adonis Blue likely to be the same butterflies seen on the lower slopes of Mill Hill four days ago. There were a handful of male Common Blues, two brighter Brown Argus, frequent Meadow Browns, occasional Small Heaths and Small Whites with one fleeting glimpse of a Wall Brown on the lower slopes. A bright Clouded Yellow was seen in the distance. A probable brown female Adonis Blue crawled amongst the undergrowth. A Common Darter (dragonfly) was seen amongst the butterflies and scores of Ivy Bees. 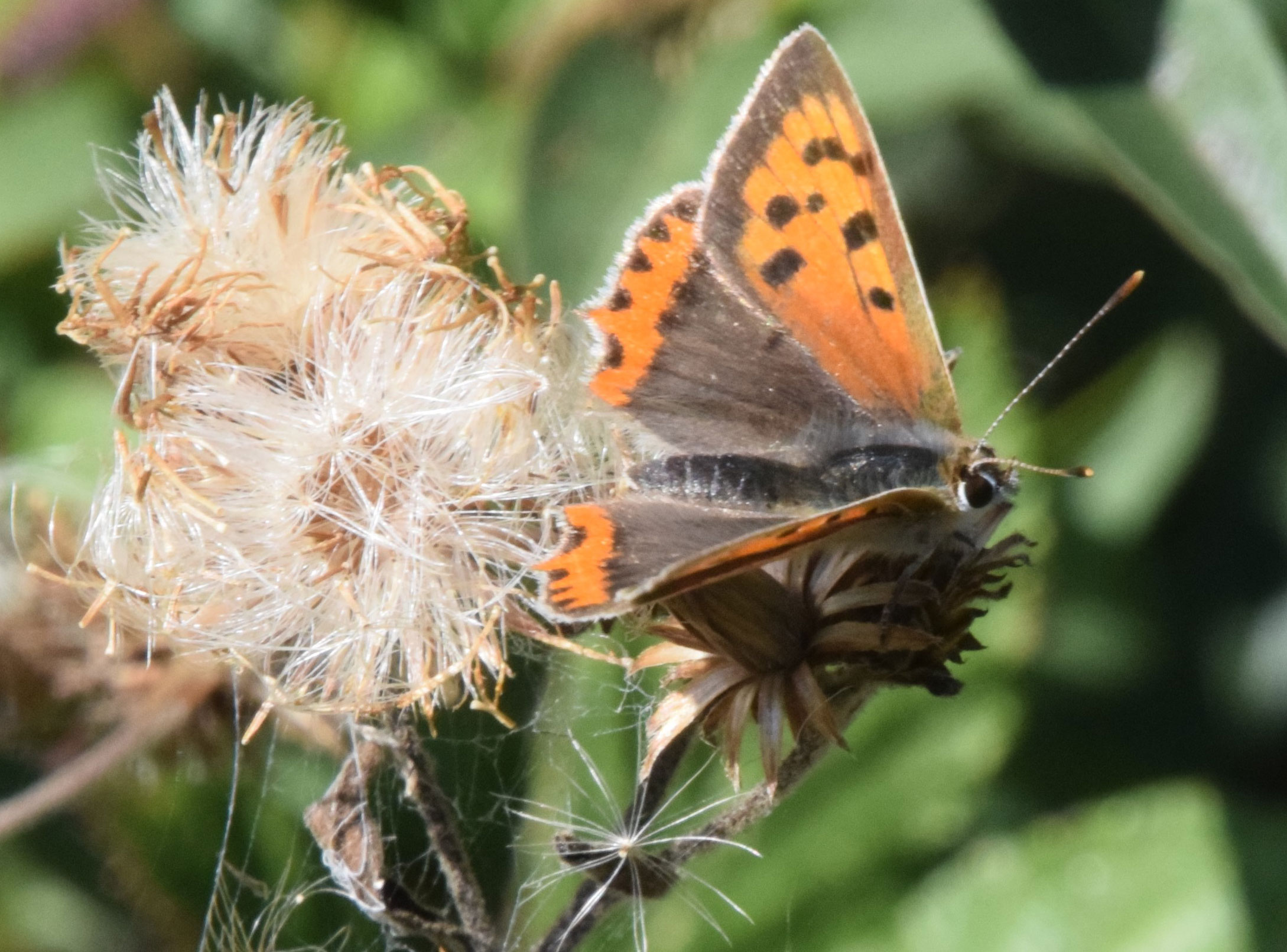 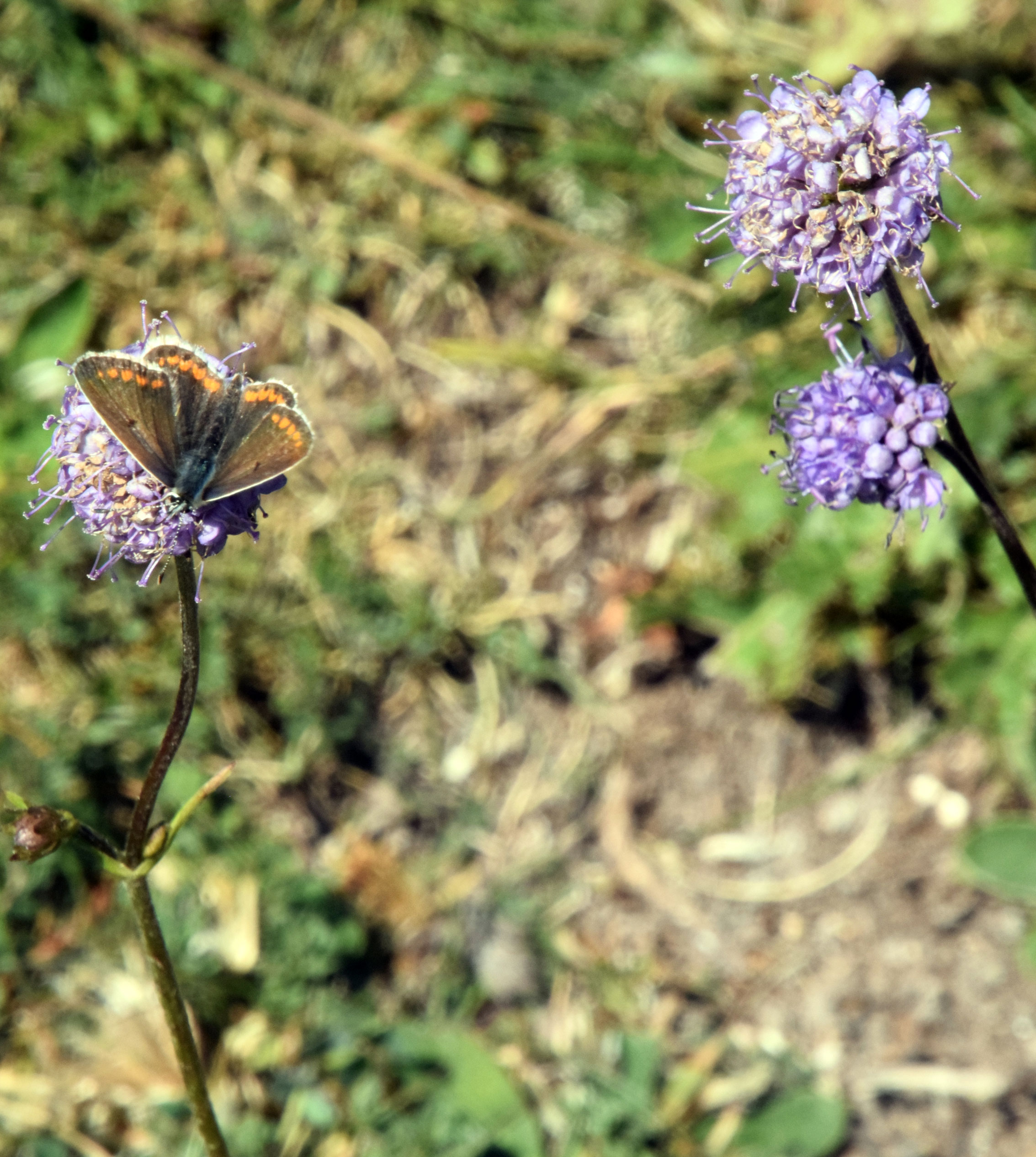