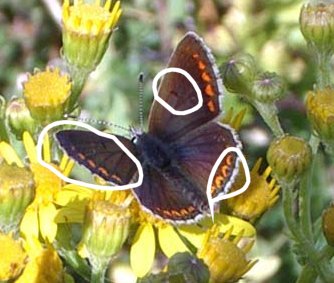 1) The black spot on the forewing is clearly marked. It is not so obvious in  the Common Blue.
2) The orange lunules on the forewing are clearly marked - not conclusive in  itself. As they aren't strong right to the front of the wing this is a male Brown Argus.
3) No obvious white in the orange lunules on the hind wing.
4) There are clearly marked continuation of the veining into the white fringes  of the wing (like Adonis Blue).
5) There is no evidence of blue in the wings. The slight bluish tinge in  the hind wing doesn't count. This iridescence is common in the blues and can  be seen in Small Coppers too, depending on how the light catches them.
6) Size. Judging from the ragwort flower it looks about the right size. Although  there isn't much in it size wise.

You've snapped this one right at the start of the second brood, so it's in rather good nick. Keep and eye out for more as the second brood should be around for the whole of August. 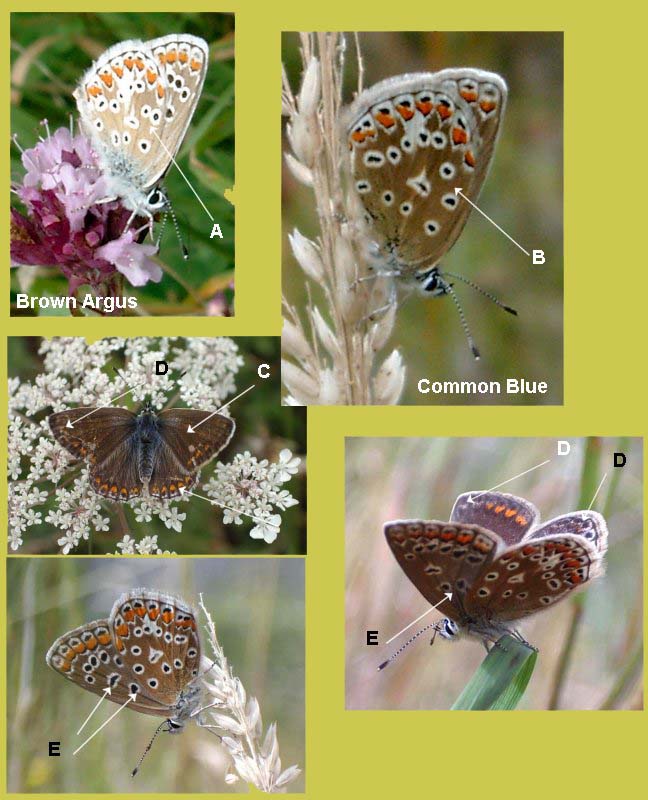