The Blue Planet - a natural history of the oceans 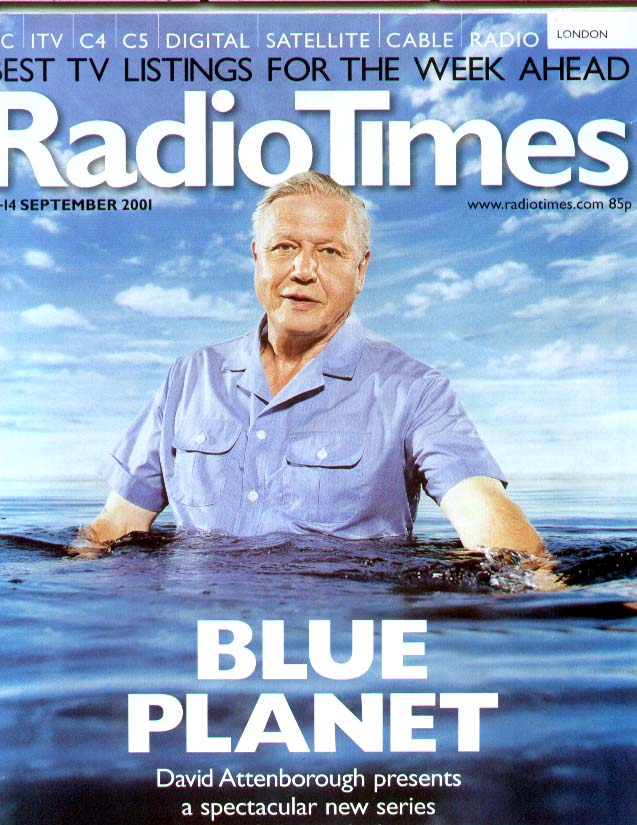 A new series on BBC ONE
from Wednesday, September 12 at 9.00pm
Narrated by David Attenborough
From the BBC Natural History Unit, The Blue Planet is the definitive exploration of the Earth's final frontier - from the deep to the shore, from pole to pole. The eight 50 minute programmes will transport you around the globe revealing extraordinary life and behaviour that has never before been filmed. In some cases these have only recently been known to scientists.


Programme 1 - Introduction
"Our planet is a blue planet," says David Attenborough. "Over 70 per cent of it is covered by the sea and the Pacific Ocean alone covers half the globe." The oceans dominate the world's weather systems, and support an enormous variety of life, from the largest animal that has ever lived on Earth, the blue whale, to the tiniest plankton.

Programme 2 - The Deep
Sixty per cent of the Earth's surface is covered by ocean more than a mile deep, and only a handful of submarines are capable of diving that deep. More people have travelled in to space than have ventured in to the deep. The Blue Planet takes a journey in to the abyss where there are strange creatures straight out of Alien.

Programme 3 - Open Ocean
The Open Ocean is vast - it covers more than 360 million square kilometres of the Earth's surface. Much of it is a marine desert with virtually no sign of life but somehow the fastest and most powerful predators in the world survive thousands of miles out to sea.

Programme 4 - Frozen Seas
For most of the year, both poles are dark and bitterly cold. But there is still life at both ends of the Earth. Antarctica is a continent, a land mass in its own right surrounded by ice, where stubborn emperor penguins winter in temperatures below -50 degrees Celsius. The Arctic is a frozen sea surrounded by land, and here the polar bear rules - no seal, whale or bird is safe.

Programme 5 - Seasonal Seas
There are some seas where fish swarm in millions and plankton blossoms in vast clouds. The sheer quantity of life here is unmatched anywhere in the oceans. Bordering the temperate parts of the world, where conditions change throughout the year, these are the most productive seas on earth.

Programme 6 - Coral Seas
Bathed in warm, clear tropical waters, coral reefs are the rainforests of the sea. They look like underwater paradises but down there it's one big fight for the best space, and corals hold the whole thing together.

Programme 7 - Tidal Seas
The force of the tides is powerful enough to move oceans. Tides can spell life or death but also help crabs play football, raccoons binge and dolphins play catch. From 230,000 miles away, the moon's gravity pulls on the Earth, dragging the ocean outwards in a bulge of water that creates a tide. Daily, monthly, yearly and freak tide events all have a profound effect.

Programme 8 - Coasts
Where land meets sea nothing stands still, and the challenge is to live with the constant change. For this reason many animals at the coast do not hang around for too long, and there are some strange visitors - killer whales beach themselves at high speed, walruses appear to blush and turtles suddenly crowd on to a beach in their thousands.

Our planet is a blue planet, over 70% of it is covered by the sea and yet, less is known about the world's oceans than is known about the moon. Published to accompany a major new landmark television series from the BBC Natural History Unit, (which has taken 5 years to film), The Blue Planet provides a definitive guide to this final frontier.

The Blue Planet is the first complete and comprehensive portrait of the whole ocean system from the coasts, the very edges of the oceans, to the deep where weird and monstrous fish lurk in a world of perpetual darkness. All the latest scientific research is here including the most original and complete selection of pictures of the deep ever seen, hairy anglers, fang-toothed fish and deep-sea octopus. There is also new information about more familiar creatures such as the blue whale, the biggest animal that has ever lived on this planet yet until now little was known about its habits.

The book is divided into seven chapters, each focusing on a single habitat,

The Water World;
Life on the Edge;
Tropical Seas;
Temperate Seas;
Frozen Seas;
The Open Ocean;
and The Deep,

which combine to form a comprehensive guide to the world's oceans.
Illustrated throughout with 400 stunning colour photographs The Blue Planet offers a unique insight into our mysterious under-water world.

Alastair Fothergill was educated at the universities of St Andrews and Durham, joining the BBC Natural History Unit in 1953. He has worked on a wide range of the department's programmes, including the award-winning The Really Wild Show, Wildlife on One and the innovative Reefwatch. He worked with Sir David Attenborough on The Trials of Life and again, in 1993, when he produced Life in the Freezer, for which he also wrote the accompanying BBC book. In 1992 he was appointed head of the BBC Natural History Unit. In June 1998 he stood down as head of the unit in order to concentrate on his
role as series producer of The Blue Planet TV series.

Martha Holmes specialised in marine biology and gained her PhD at the University of York. She started work with the BBC in 1988 presenting programmes such as Reefwatch, a live underwater broadcast from the northern Red Sea, and The Natural World: Splashdown, which was followed by the award-winning wildlife adventures series Sea Trek, for which she wrote the
accompanying BBC book. She worked in Antarctica for Sir David Attenborough's Life in the Freezer and has produced a number of other natural history films, such as Hippos Out of Water, Deadly Liaisons, and Otters - The Truth. More recently, she produced the ground-breaking and award-winning film Wildlife Special: Polar Bear. She joined The Blue Planet team as a producer in 1997.

Andrew Byatt began working with the Natural History Unit in 1989 as a safety diver for The Natural World: Splashdown. He has been highly acclaimed for his work on several wildlife on One programmes, including the award-winning film on jellyfish, The Swarm. More recently, Andrew has produced two films for Incredible Journeys on grey whales and rattlesnakes, and has co-produced Wildlife Specials: Humpback Whales. He joined The Blue Planet team as producer in 1997. 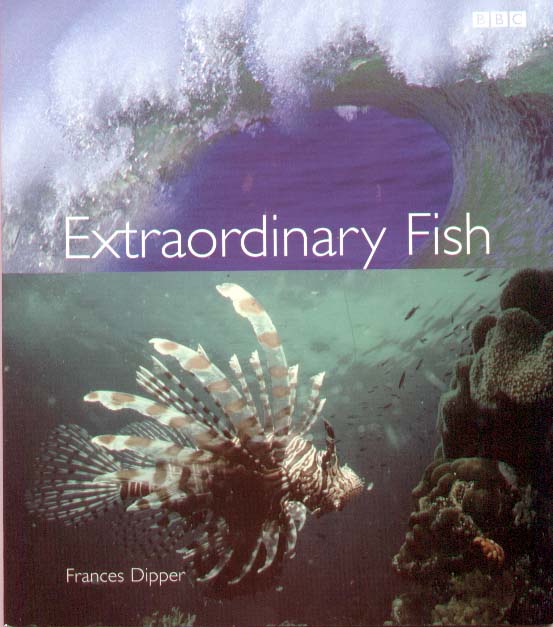 
Blue Planet will be broadcast on BBC I for 8 weeks starting in September.

The Blue Planet soundtrack, CD, composed by George Fenton and performed by the BBC Concert Orchestra on
24 September 2001, RRP £13.99

There will also be three children's books: