A noisy cacophony of a few thousand gulls congregated at the east end of Shoreham Beach, a thousand of so resting on the calm sea and even more feeding on the wreck washed up on the strandline after the recent storm, or wheeling about in flight in the late afternoon. Herring Gulls, Black-headed Gulls and Common Gulls seemed to be most of them, but silhouetted in the fading light is was difficult to identify the species. The wreck consisted of brown seaweeds, the empty egg masses of the Common Whelk Buccinum undatum, hundreds of Common Starfish Asteria rubens, a few large adult Long-spined Bullheads Taurulus bubalis, in noticeable numbers, with lumps of Sea Coal (Lignite), and Mermaid's Purses (egg cases of the Undulate Ray and Lesser Spotted Dogfish).

Pochards are frequent enough on Brooklands Boating Lake, east Worthing, not to be newsworthy. The two pairs spent at least half of the time I was watching completely underwater in the shallow lagoon.

3 December 2013
A small flock of about a dozen Pochards swam on the still surface of Widewater Lagoon at the eastern end in the afternoon.

29 November 2013
A made a causal visit the shingle beach at Shoreham over the Adur Ferry Bridge, but there was nothing interesting, just a few Pied Wagtails on the strandline.

7 November 2013
A variety of gulls including Black-backed Gulls and immature Herring Gulls as well as a score and more Carrion Crows gathered to forage on the strandline near Shoreham Fort. The strandline contained empty whelk and scallop shells, a handful of dead Lesser Spotted Dogfish and a few lumps of lignite amongst the seaweed,as well as the inevitable Mermaid's Purses, with those of the Undulate Ray noted in profusion. A small Wheatear was clearly seen by its white rump flying from the seaweed covered strandline to the western harbour wall. It looked leaner than the plump birds usually seen as it constantly seemed to snap at small flying insects. It also looked like a much later than normal emigration after the warmer than usual October.

5 November 2013
A dead Porpoise was washed up on Southwick Beach by Carats Cafe.

Report by James Harris on Shoreham-by-Sea facebook
4 November 2013
A red-head Goosander was seen on the Widewater, Lancing at 1.00 pm.
Report & Image by Alan Kitson on Sussex Ornithological Society News

1 November 2013
One of the three Cormorants on the articial island in Widewater played with a flatfish which was two large for it to swallow whilst two other Cormorants and at least two Little Grebes were seen diving under the surface of the lagoon. Three Little Egrets stalked in the margins. 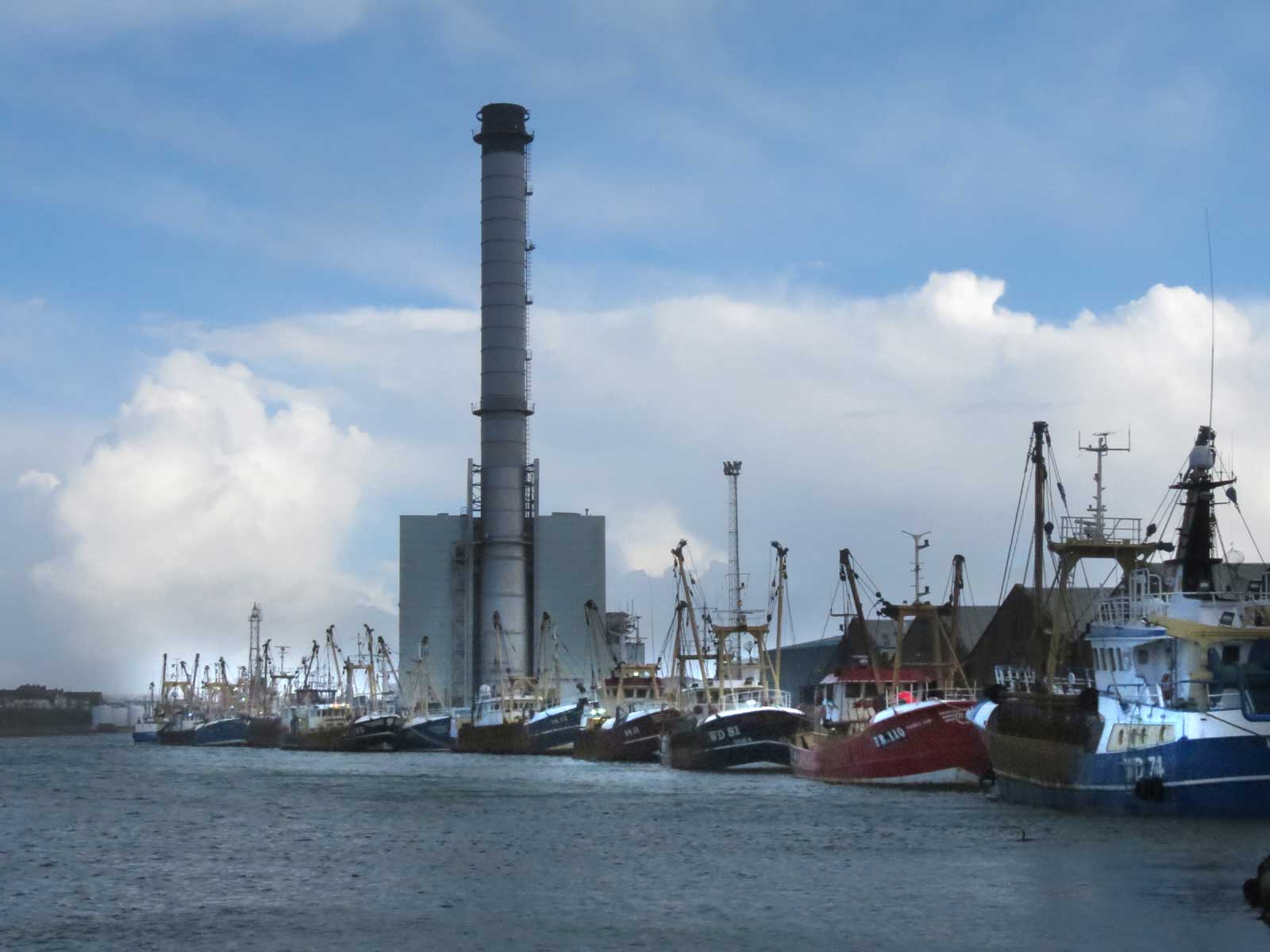 28 - 29 October 2013
Over the night and morning, the south coast was battered by a Gale Force 8, gusting to Storm Force 10, with exceptional gusts of Hurricane Force 12 in exposed parts of the coast. The fishing fleet was moored up for two days and nights in ports all along the coast, including 20 of the the larger fishing vessels in Shoreham Harbour. 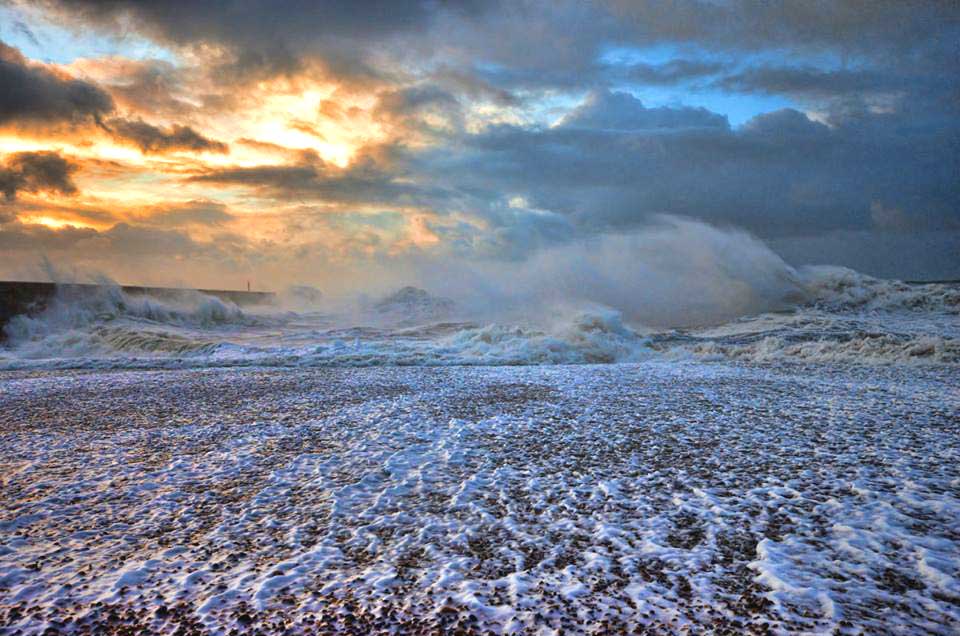 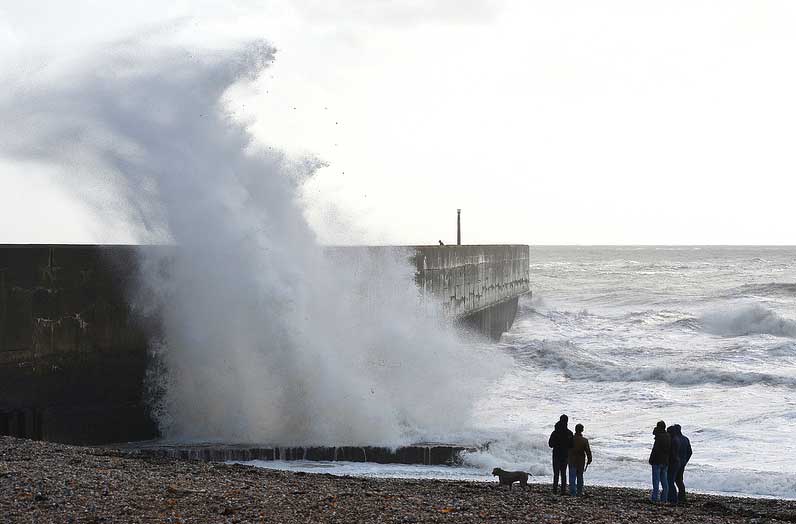 11 October 2013
A Wheatear was seen on top of a beach hut by Widewater. 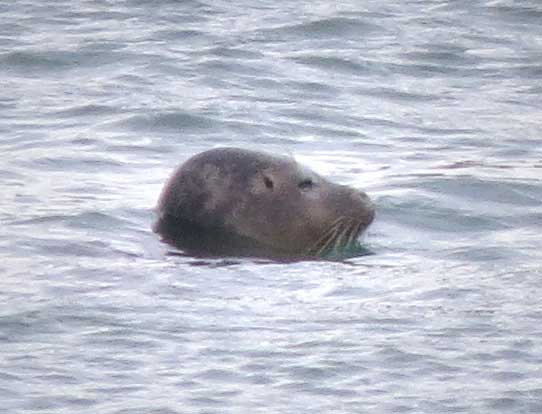 13 September 2013
I managed to see the head of the Common Seal in the Shoreham Harbour entrance as it surfaced briefly three times too far away for a photograph. It spent most of its time underwater and it was frustrating to find out where it would surface. My last sighting was close to the western harbour arm where there was at least a dozen anglers. Neither the seal or the anglers seemed to be catching any fish.

2 September 2013
A juvenile Seal was seen in the filled lock gates at the entrance to the canal section of Shoreham Harbour.

Video Report by Suzi Bishop on facebook
It was subsequently seen resting on a pontoon in the middle of the canal.
Video by Ashley Paul Richards (Link)

31 August 2013
A Seal was seen in the entrance to Shoreham Harbour at Kingston Beach.

14 August 2013
A Painted Lady was spotted flying in from the sea at east Worthing, and a Clouded Yellow was spotted on the shingle beach by Brooklands.

Report by Nick Clarke & others on facebook
BMLSS Seals

9 June 2013
The Annual Friends of Shoreham Beach Wildflower Walk took place on Sunday at the Shoreham Fort at 2:30 pm.

Adur was one of the UK leaders in presenting the thirteenth environmental exhibition of World Oceans Day on Coronation Green, Shoreham-by-Sea. Len Nevell of the British Marine Life Study Society presented the usual exhibition of lobsters and crabs. The Friends of Shoreham Beach (FOSB) took an active role with their display of the wonders of Shoreham Beach. Wildlife writer Steve Savage presented the whale and dolphin exhibition with the life sized replica of a Bottle-nosed Dolphin. Nikki Hills on behalf of the Sussex Wildlife Trust produced an interactive display on the sea and seashore for the younger age group. David and Marion Wood produced a presentation about Widewater Lagoon (brackish lagoon) LNR. Exhibitors were able to find the time to answer questions about marine life.
Other participants included Southwick Camera Club with an exhibition of seascapes and marine life, and Colin Knight and Mark Colvin with a butterfly presentation on the behalf of the Sussex branch of the Butterfly Conservation Society.
World Oceans Day on Facebook
United Nations: World Oceans Day.

5 June 2013
There has been reports of a smelly plankton bloom in the sea and River Adur. The offending organism is Phaeocystis. The live and dead plankton could be seen in the estuary water and the visibility was severly impaired. As the salt water lapped against the muddy shore, it looked the colour of orange juice in patches and overall it was murky.

29 May 2013
An overcast morning was a least dry and with little or no wind, it was the first opportunity of a shrimping expedition with the small one metre wide net to Lancing Beach by Widewater on the low (0.2 metres) incoming tide from 9:11 am. There was disappointingly little caught apart from a pint of Brown Shrimps, Crangon crangon, one small Common Hermit Crab, Pagurus bernhardus,  and one South-clawed Hermit Crab, Diogenes pugilator .

27 May 2013
In an early evening visit to under Worthing Pier at a very spring low tide, the notable discoveries included one sub-adult 5-Bearded Rockling, Ciliata mustela, two tiny thread-like juvenile Butterfish, Pholis gunnellus, and one slightly large one, a smallish Velvet Swimming Crab, Necora puber, one Dahlia Anemone, Urticina felina, and the usual species of crabs and sea anemones, although Snakelocks Anemones, Anemonia viridis, were smaller and only occasionally spotted.
Full Rockpooling Report

26 May 2013
The most interesting discovery on an early morning low spring tide at Lancing Beach were two Small-headed Clingfish, Apletodon dentatus, which I had not seen since 2005. Also of interest were a small Common Starfish Asterias rubens, and two Common Hermit Crabs, Pagurus bernhardus.
Full Rockpooling Report

7 May 2013
On Widewater Lagoon, a pair of Mute Swans escorted six small cygnets, and three Bar-tailed Godwits probed repeatedly in the mud on the shore edge. A Swallow flew low over the shingle.

Bar-tailed Godwits seem to be only a recent visitor to the lagoon and I have not recorded before the winter of 2012-13.
Previous Report

21 April 2013
Another Dolphin (or the same one as before?) was seen in the entrance to Shoreham Harbour.

Bathed by a weak sunshine and the welcome signs of a long awaited spring with my first Swallow flying low over the Adur mud flats seen from the southern end of the old Footbridge. Later two adult Wall Lizards, Podarcis muralis, poked their heads of the carnot wall of the Old Fort, Shoreham Beach.. They were a bit tentative and skittered back into their holes in the wall when they got nervous, but the second lizard popped back out again about ten seconds later. The west facing wall was heated by the sun (at 13.0 °C)
The air temperature reached a high of 16.1 °C at 4:00 pm. This was easily the highest of the year so far. (This reading seems like an anomaly.)
Shoreham Weather 2013
Met Office: Shoreham

4 March 2013
I spotted by first reptile of the year: a single sandy coloured Wall Lizard, Podarcis muralis, skittered over the south facing wall of the Old Fort, Shoreham Beach.

21 January 2013
There was still some snow on the ground out of town and the downs were covered in a white carpet. Even on the beach there was snow to be seen above the high tide mark.

Two black Brent Geese visited Widewater where a male Kestrel landed on the beach side of the car park near the bridge. A Meadow Pipit perched on a chestnut fence. At least one Teal swam on the lagoon.

10 January 2013
We were amazed to see a Painted Lady Butterfly flying north past Shoreham Old Fort while out birding; our first butterfly of 2013.