Who knew about the escape of King Charles II from Shoreham?

It appears to be: 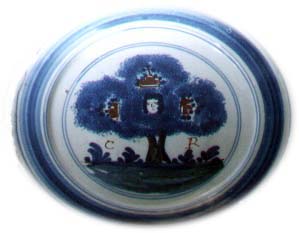 Colonel George Gunter (who was looking after and guiding King Charles II)
Thomas Symonds (Brother-in-Law to the Gunters, with whom the King stayed at Racton, near Chichester)
Lord Wilmot (faithful servant to the King, although in disguise the roles were reversed during the flight)
Francis Mansell (of Chichester, a merchant, who knew of the Surprise, likely to he moored up at its home part of Shoreham, from previous trade with Tattersall through the port of Chichester)
Nicholas Tattersall (captain of the Surprise, who may not have known until the King actually climbed up the ladder on to brig lying on the mud in the creake).
Colonel Robin Philips (another Royalist) (Departed from the group at Hambledon.)
Anthony Smith (the landlord of the George Inn at Brighton?) ?

All these would have a vested interest to keep quiet, and the escape may have not come out into the open until Colonel Gunter was on his death bed before the Restoration, in 1657 or 1658.
The Cromwellians would not have known the details, at least not for several years, depending on the efficiency of their Secret Service.

This book includes an order from Whitehall on 2 June 1654 for Shoreham and other ports to examine all passengers for their papers.

Coal Brig:  Discussion of the Merchant Cargo of the "Surprise" Information File:

This book includes a footnote with Aldrington as the departure point. The reference in the book is a personal communication and no further information is available to me.