Colonel George Gunter's Watch  (or is it Gounter ?)


And my Lord Wilmot with him, till towards two o'clock; then the Colonel called them up, and showed them how the time went by his watch;

What did a watch look like in the mid-17th century?
Who would possess such a luxury ?

portable timepiece that has a movement driven in any of several ways and is designed to be worn (as on the wrist) or carried in the pocket. There can be little doubt that the first watches appeared shortly after 1500, when Peter Henlein, a locksmith in Nürnberg, Ger., introduced the mainspring as a replacement for weights in driving clocks. The escapement used in the early watches was the same as that used in the early clocks, the verge escapement (see escapement). Early watches were made in Germany and at Blois (apital of Loir-et-Cher département, Centre region, central France, on the Loire River, northeast of Tours) in France. These early timepieces measured some 4 to 5 inches (100 to 125 mm) in diameter and about 3 inches (75 mm) in depth. They were carried about in the hand.  (Ency. Britannica extract)

Proceeded by the Shoreham road to Brighton by Gunter's account.

Passing by the way of White Lot to the village of Southwick. White Lot could be "white rock" referring to the small chalk cliff that would then separate Southwick from the sea (now is the northern canal bank).

The above is wrong, probably. Whitelot Bottom is situated to the east of Thundersbarrow Hill, north of Southwick Hill on the Downs. This is on the Monarch's Way, although the name may have arisen/created later.

Bear in mind, I have not yet had another opportunity to see the original files, and the record may contain embellishments and inaccuracies.

King Charles II account to Samuel Pepys mentioned  that the Surpise was a brig carrying a cargo of sea coal ostensibly to Poole.

The Surprise must have been moored up for a few days for it to be there when the King arrived.
Tattersall had only sold half of his cargo of coal.

Sea Coal is the black stuff, not charcoal ?


The Surprise arrived in Fécamp on the following day and was back in Chichester by Fryday (only Gunter would have known that). At least one day was lost because of a storm.

On the trade in sea-coal from the north east, see my article: 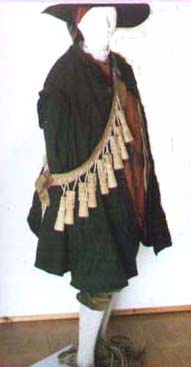 This Day in History
http://www.historychannel.com/tdih/Index.html