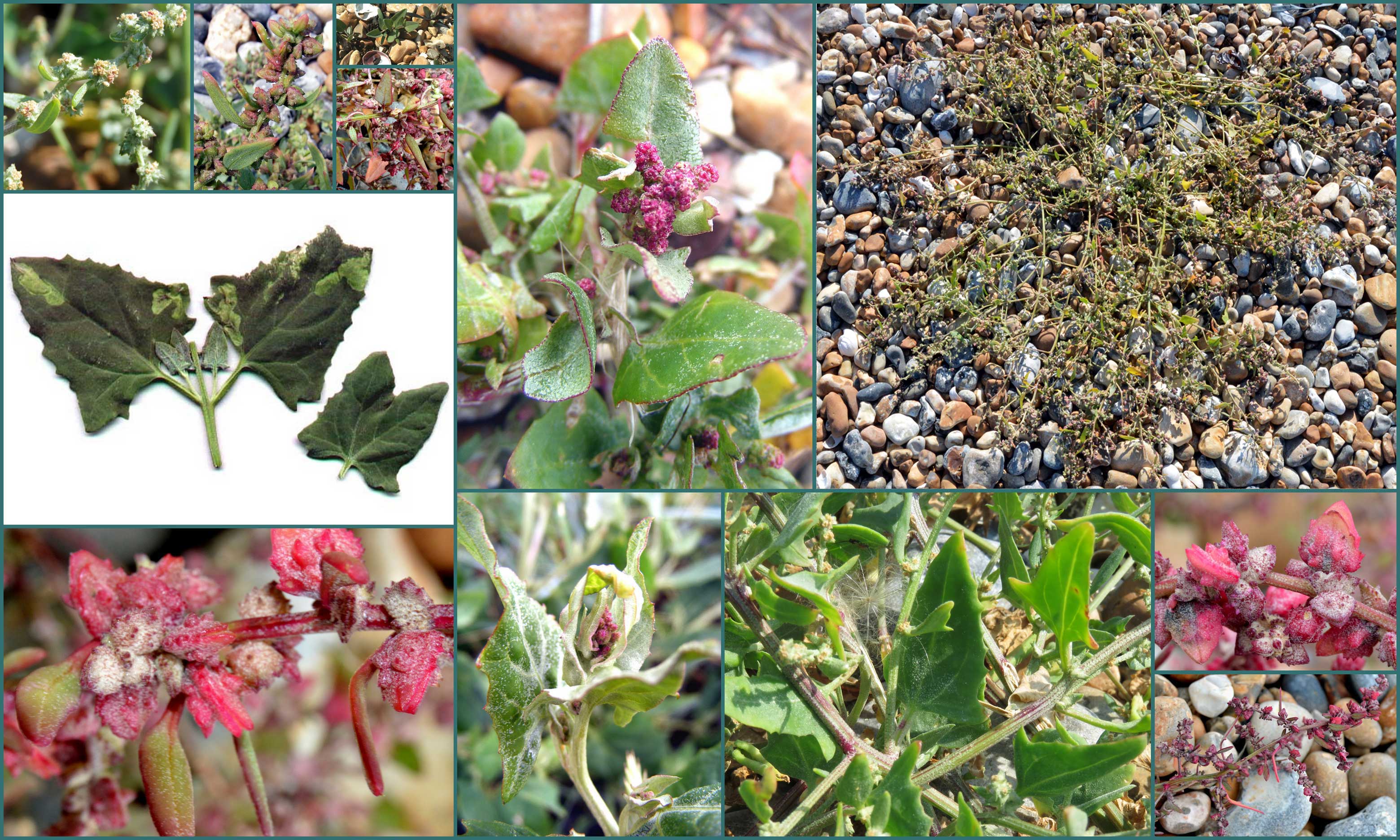 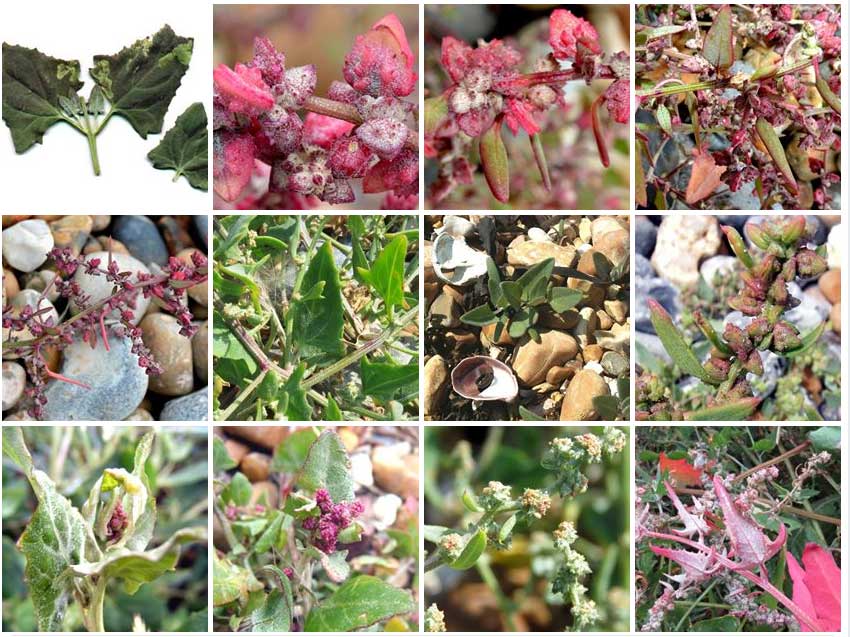 On shingle unless otherwise mentioned 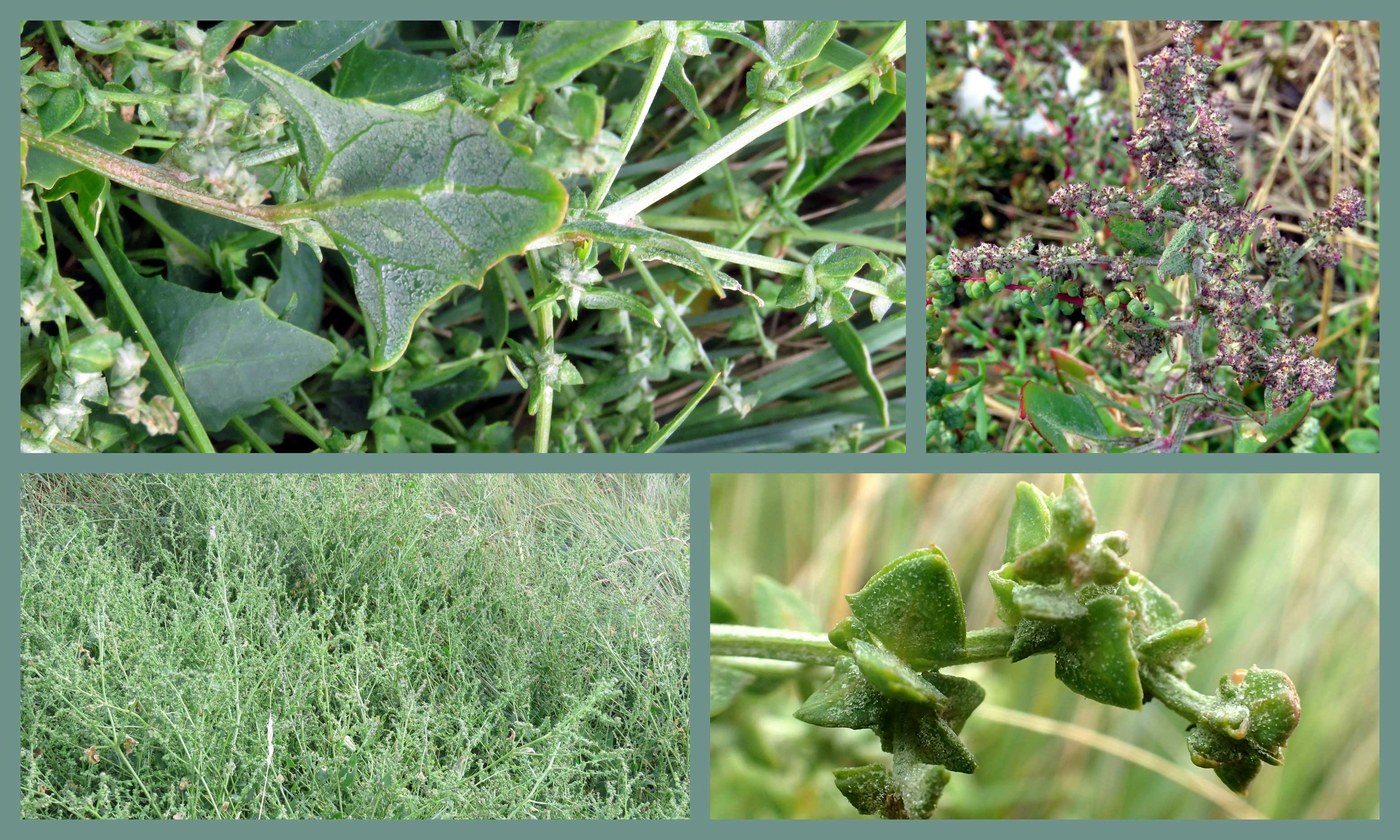 Widewater Saltmarsh (above montage only)
No bumpy bits on the diamondshaped fruits
Bottom left is ??? 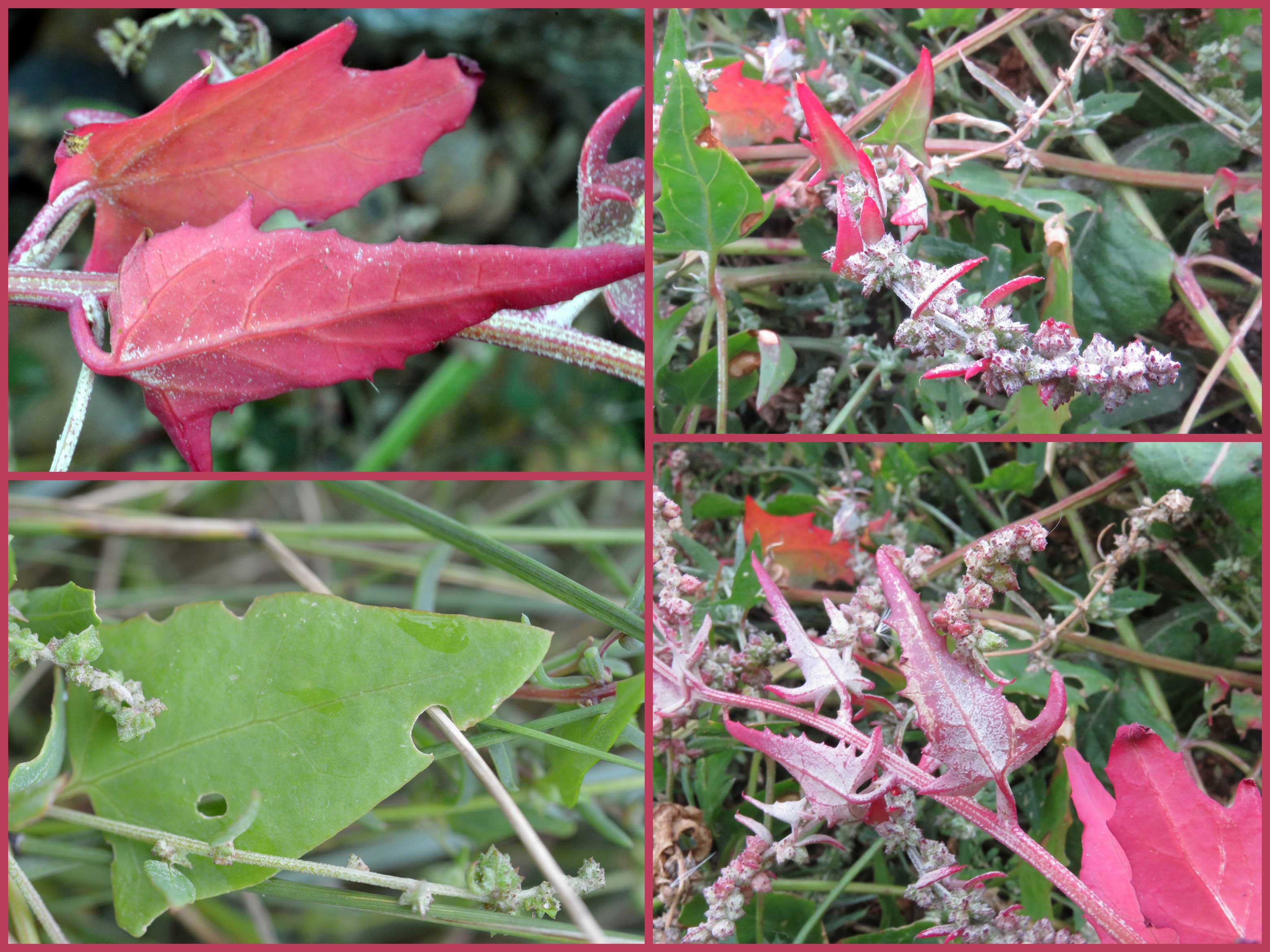 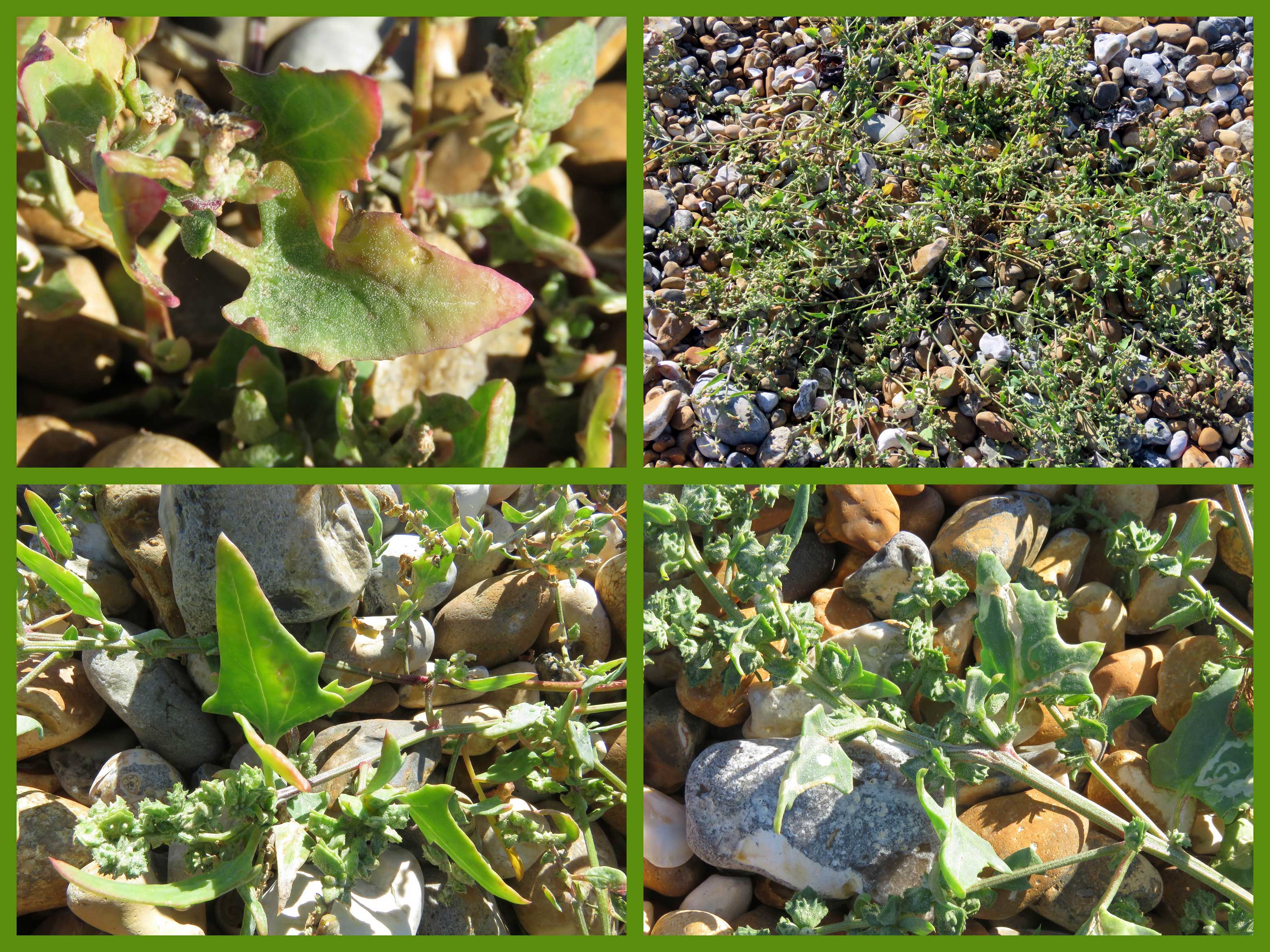 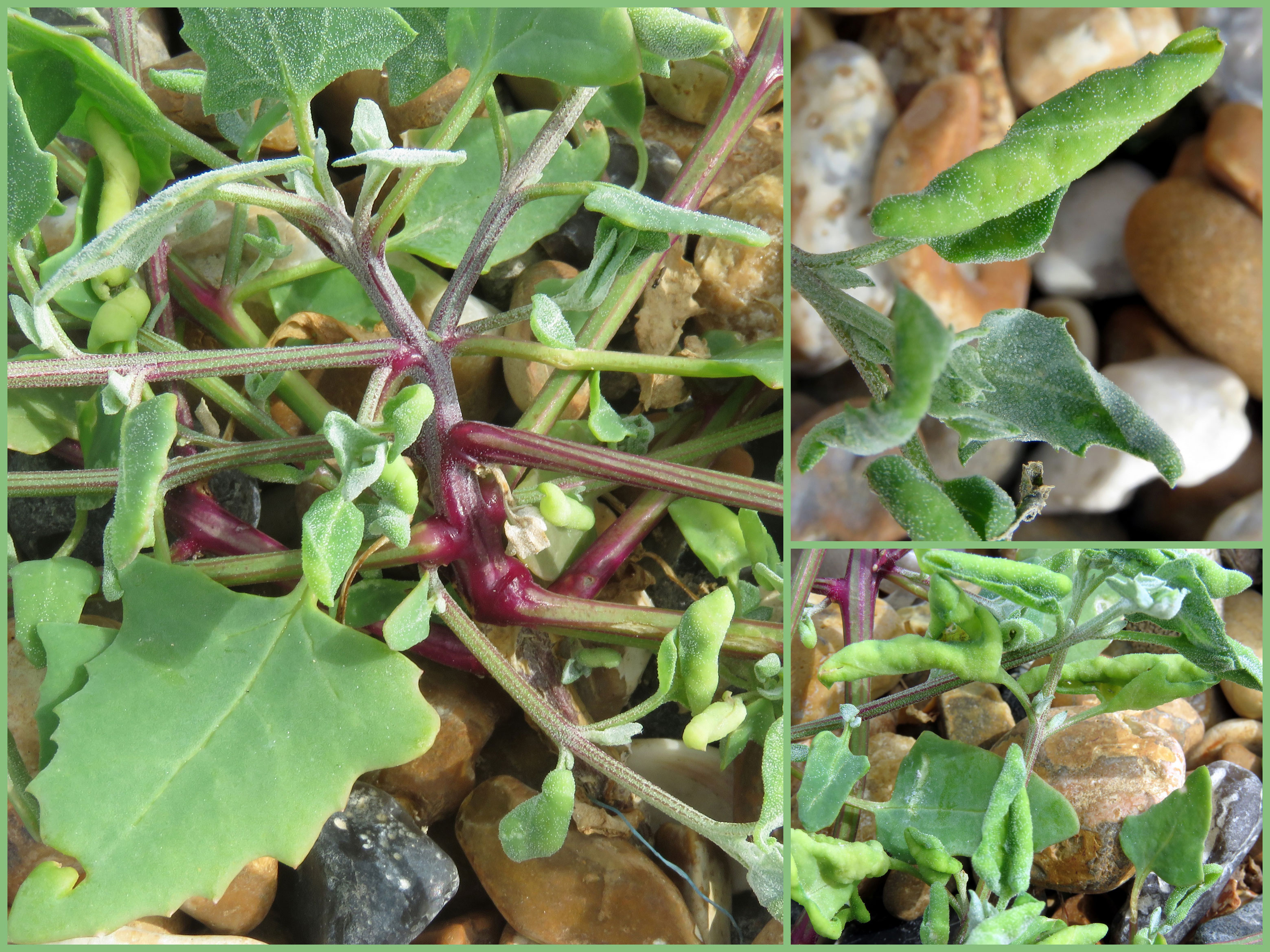 There was a prostrate Spear-leaved Orache with what looked like "seed pods" on the shingle near the wind turbines on Southwick Beach. However, these were leaves rolled up by the Orache Gall Aphid Hayhurstia atriplicis. There are conficting reports that the gall may be made by a bug by the name of Heterotrioza chenopodii. 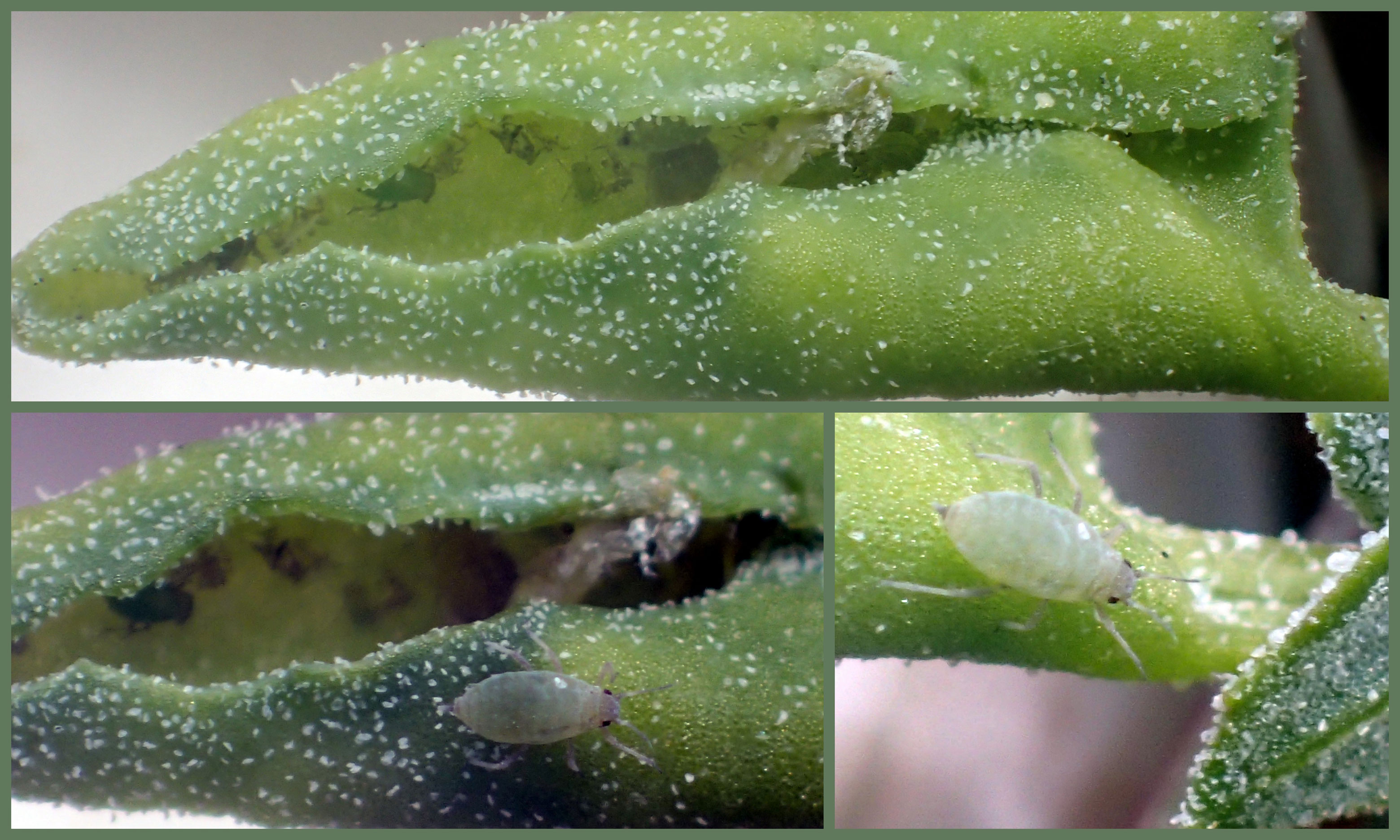 The green waxy aphid Hayhurstia atriplicis; see my article in Adastra 2009, pp.24. This aphid species can often be found in their thousands as at Boxgrove on Atriplex prostrata during 2009.

NOT RECORDED IN SHOREHAM

Atriplex glabriuscula  BABINGTON'S ORACHE
This prostrate annual is found in coastal areas only, on shingle and bare ground. Similar to Spear-leaved Orache, its stems are usually reddish and in autumn the whole plant turns red. It has triangular leaves, with the upper leaves being narrower than those below. The miniscule flowers are enclosed in two sessile bracteoles, the bases of which are thick, spongy and warty. They bloom from July to September in leafy spikes. Babingtons Orache is a native plant belonging to the Chenopodiaceae family.
This species can only be identified with certainty by its more spongy bracteoles (the green flaps enveloping the seeds), which have their margins fused together for around half their length, and by the shape of the seeds. http://www.norfolknature.co.uk/gallery-seaside-flowers-pages/Seaside-Babingtons-orache.html 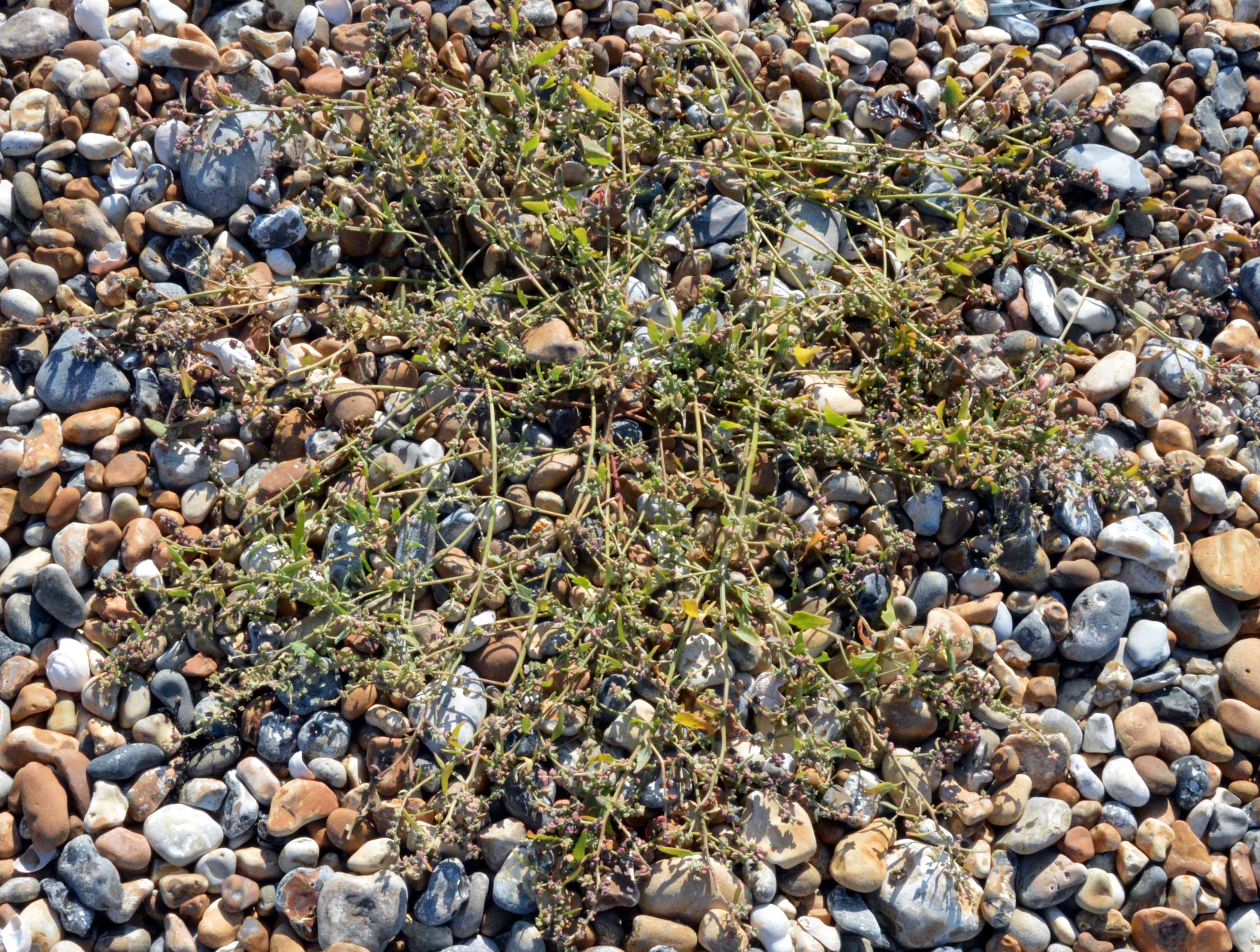 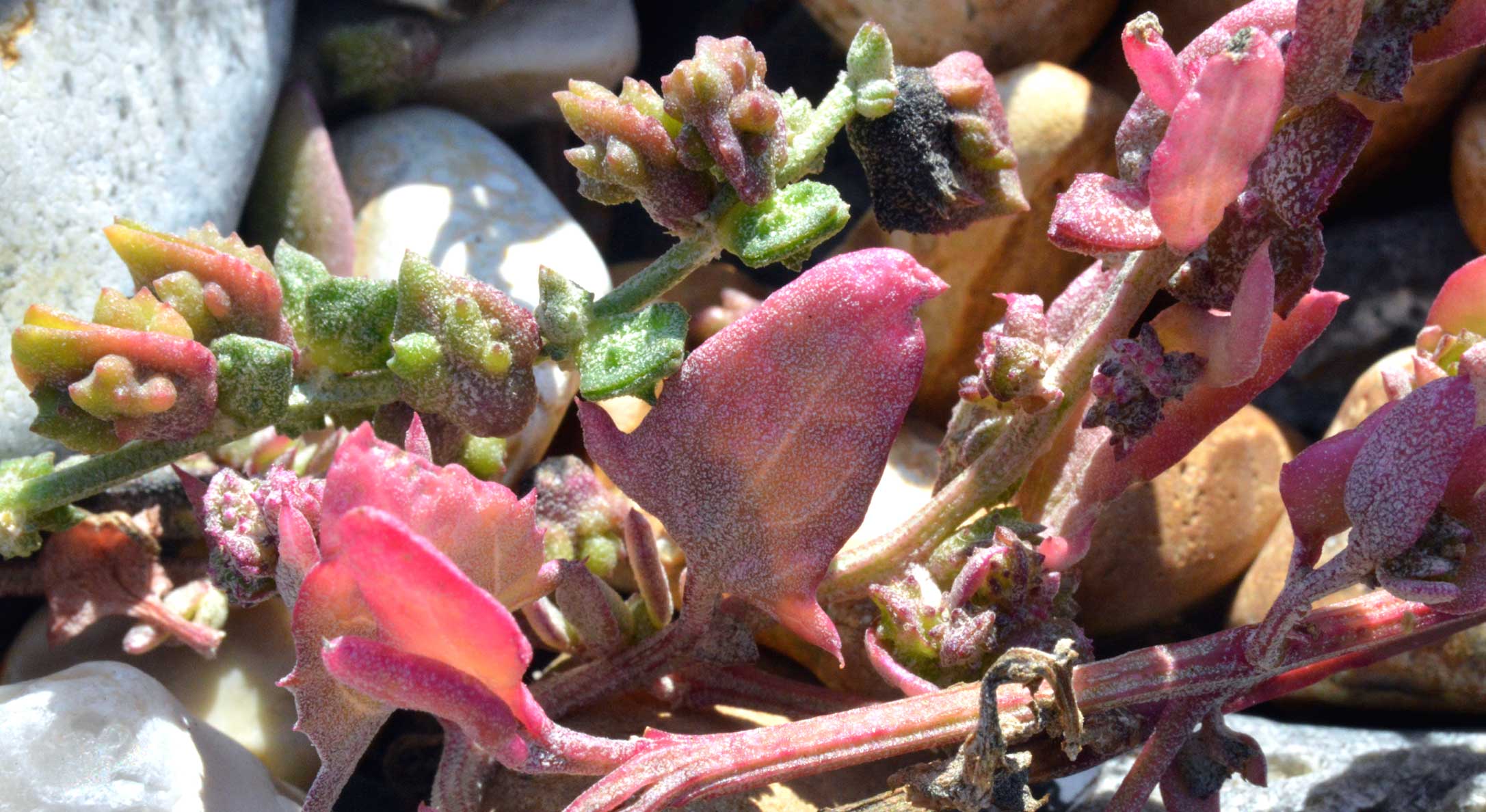 On the beaches of Shoreham and Lancing there is the prostrate form on the shingle which is frequent and turn reddish in autumn but this may be only the leaves furthest from the central rosette. 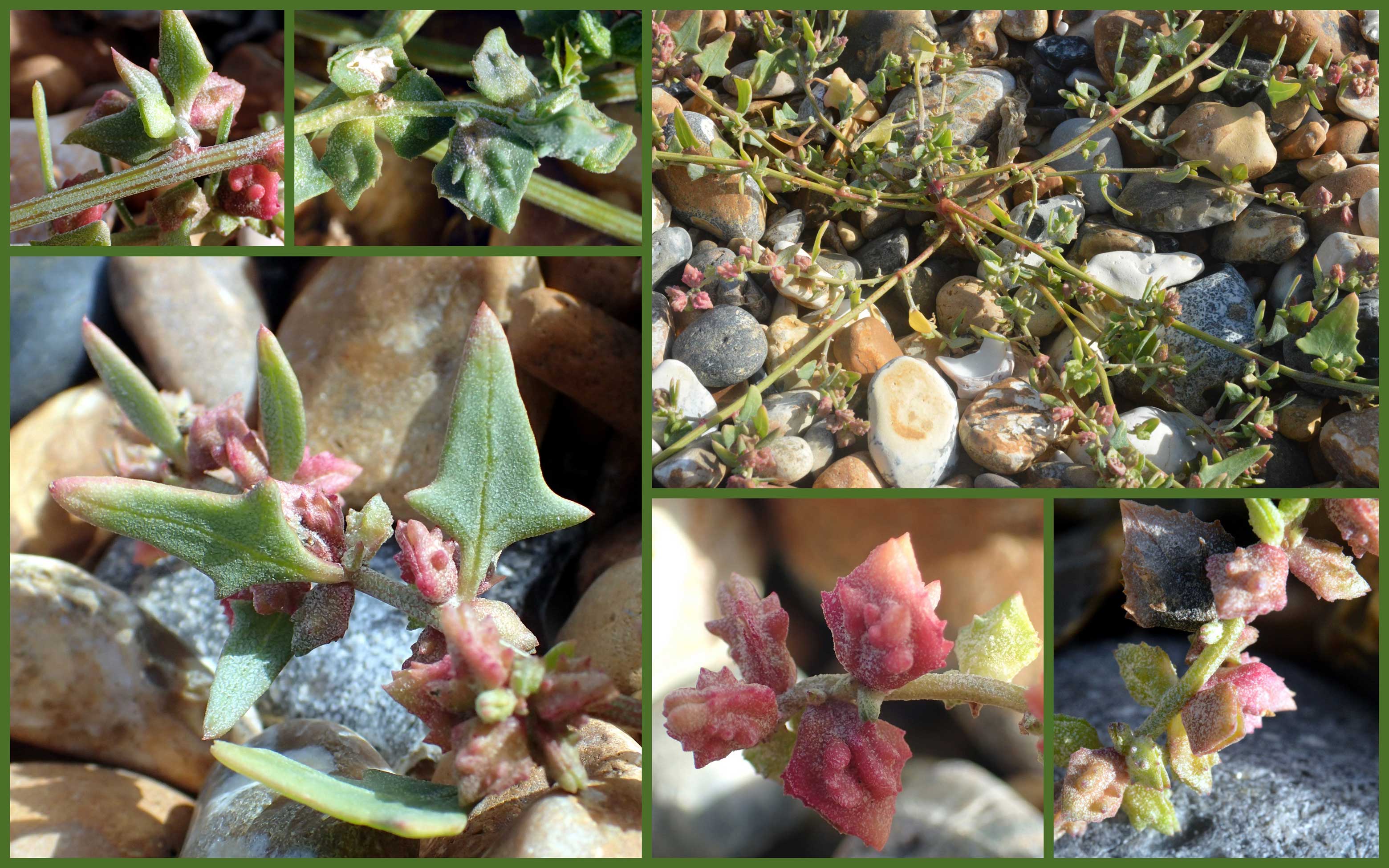 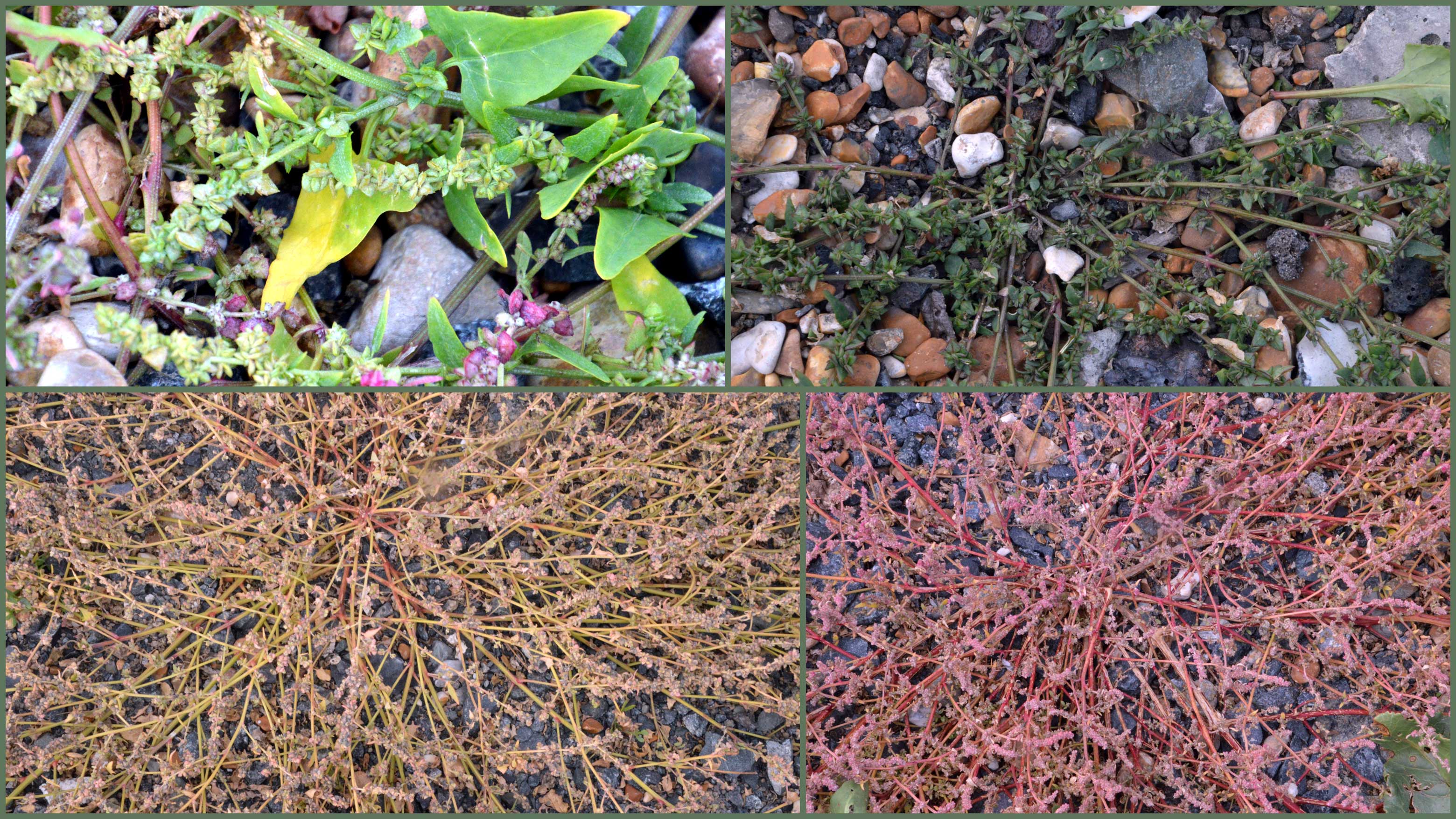 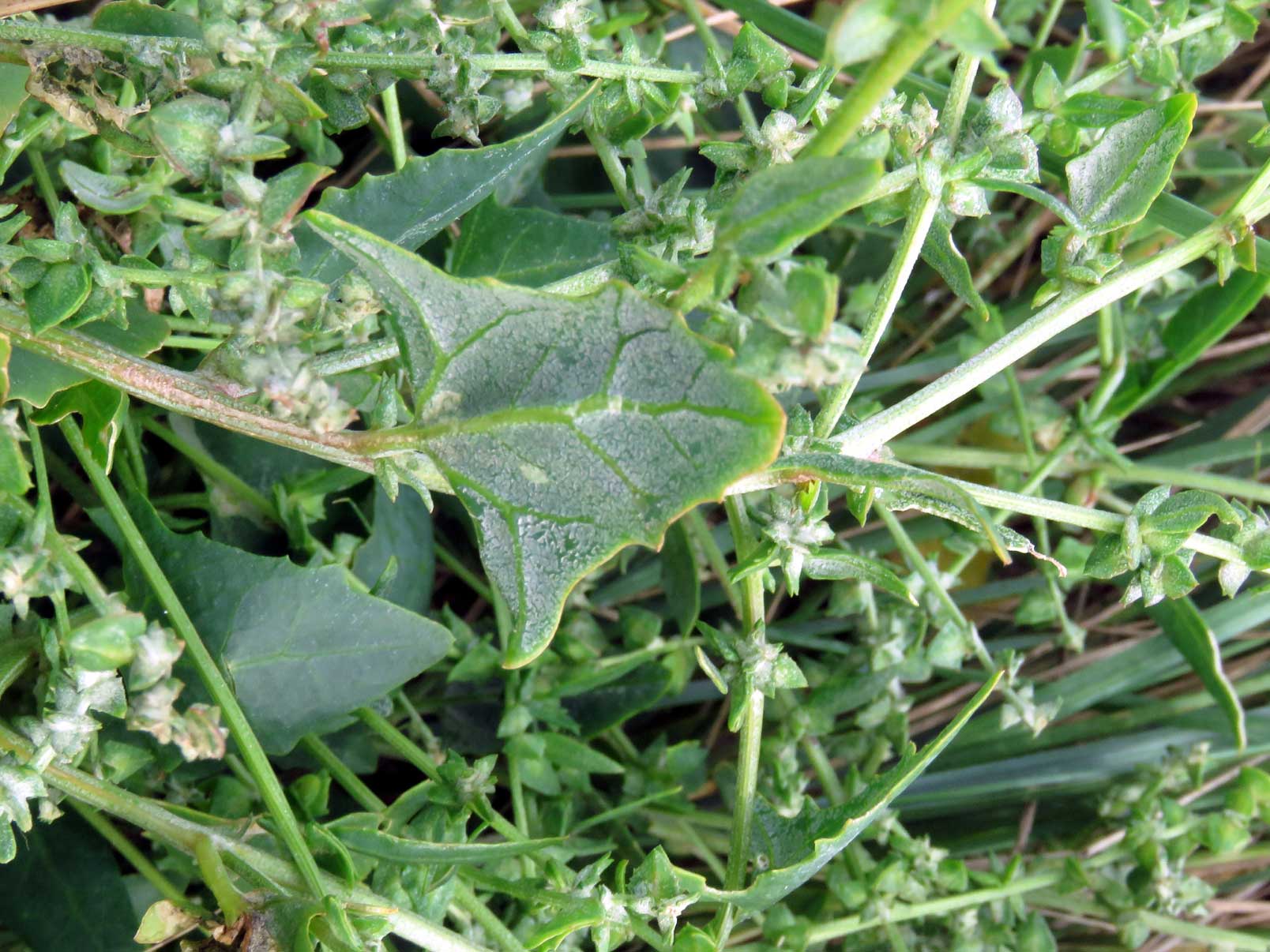 Orache growing in the Widewater saltmarsh are larger and a few tend to be redder. However, there are also extensive green plants. 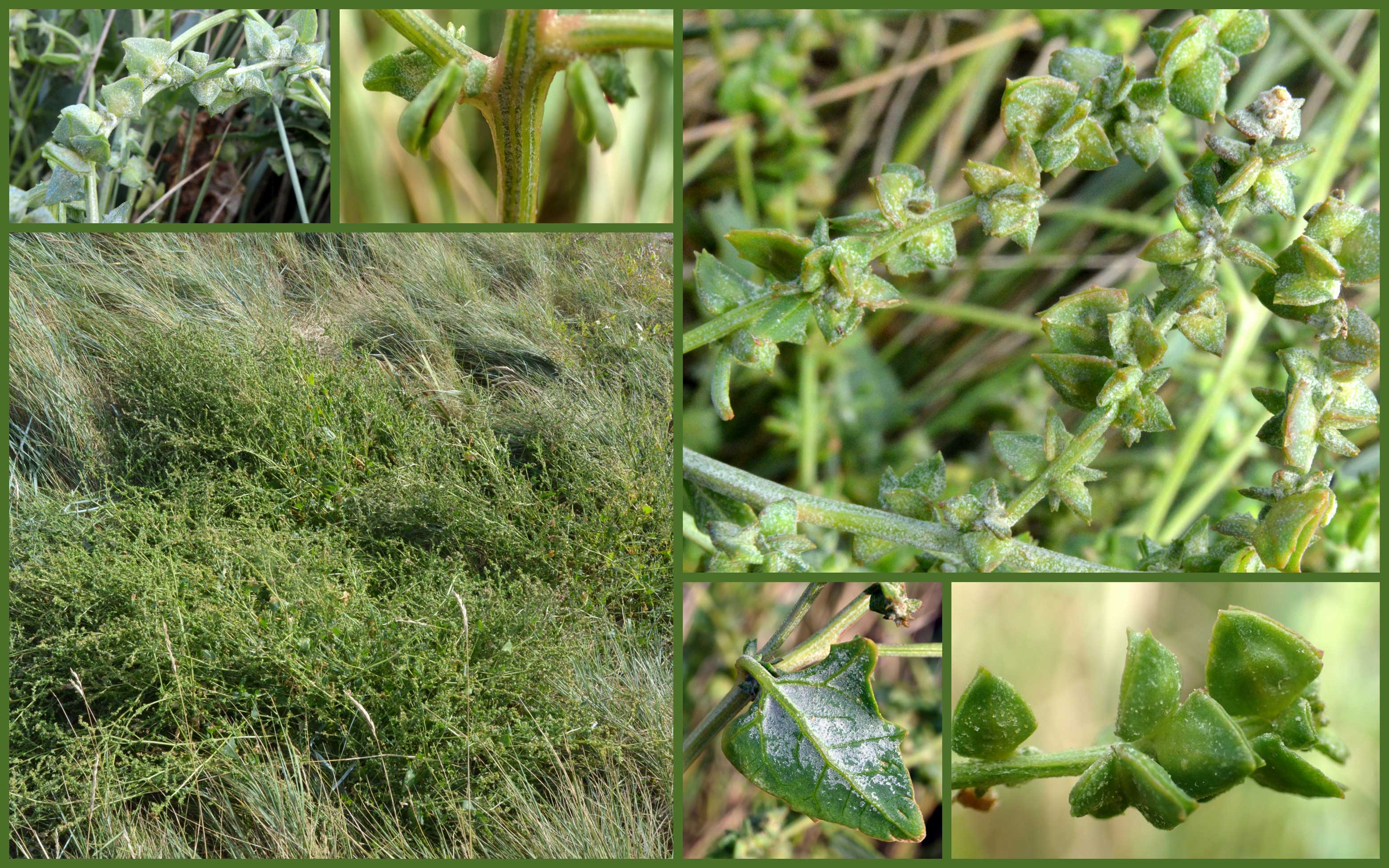 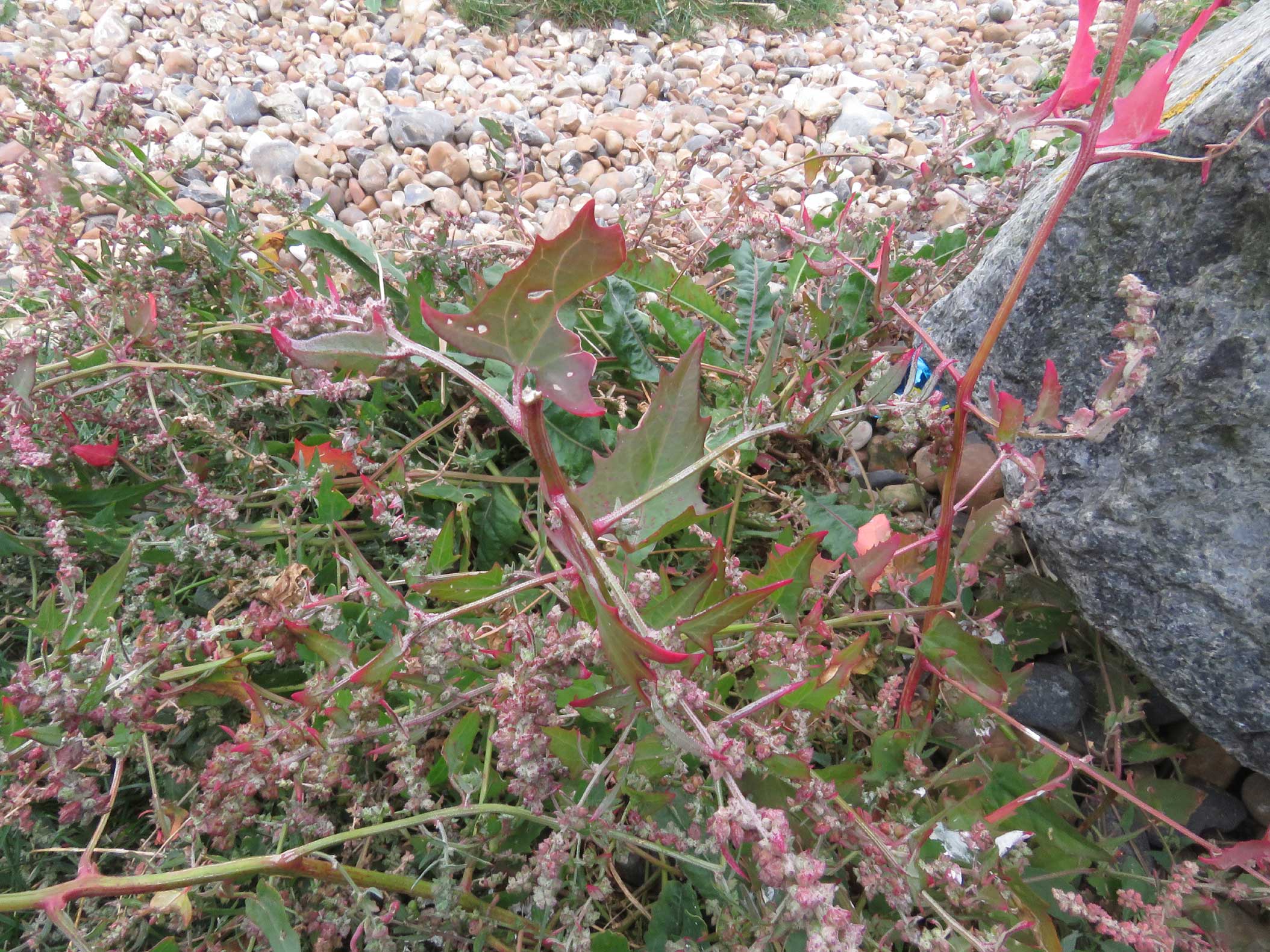 Some Orache growing on the shingle is much more extensive. These could be all light green. But less extensive plants can turn very red. 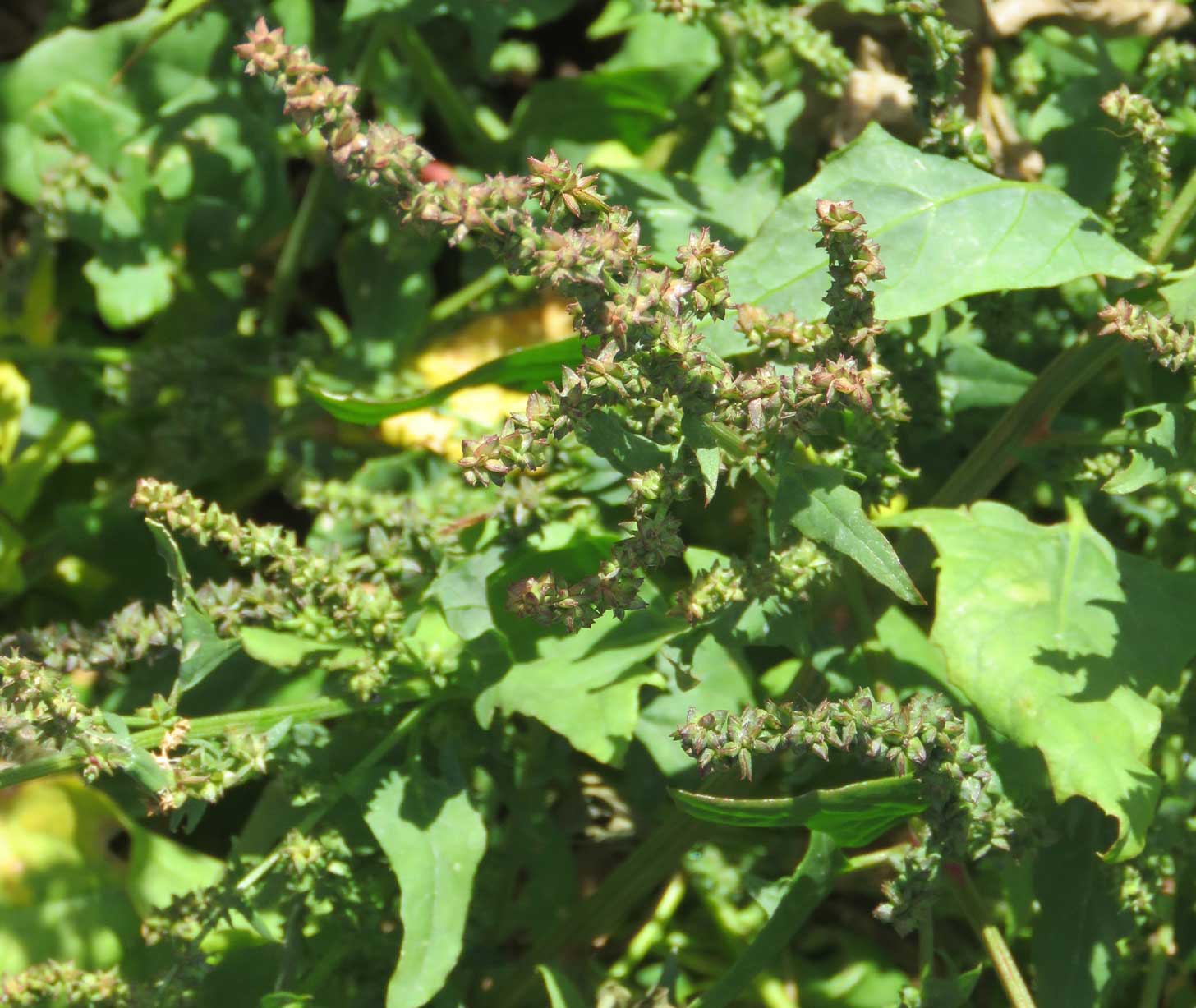 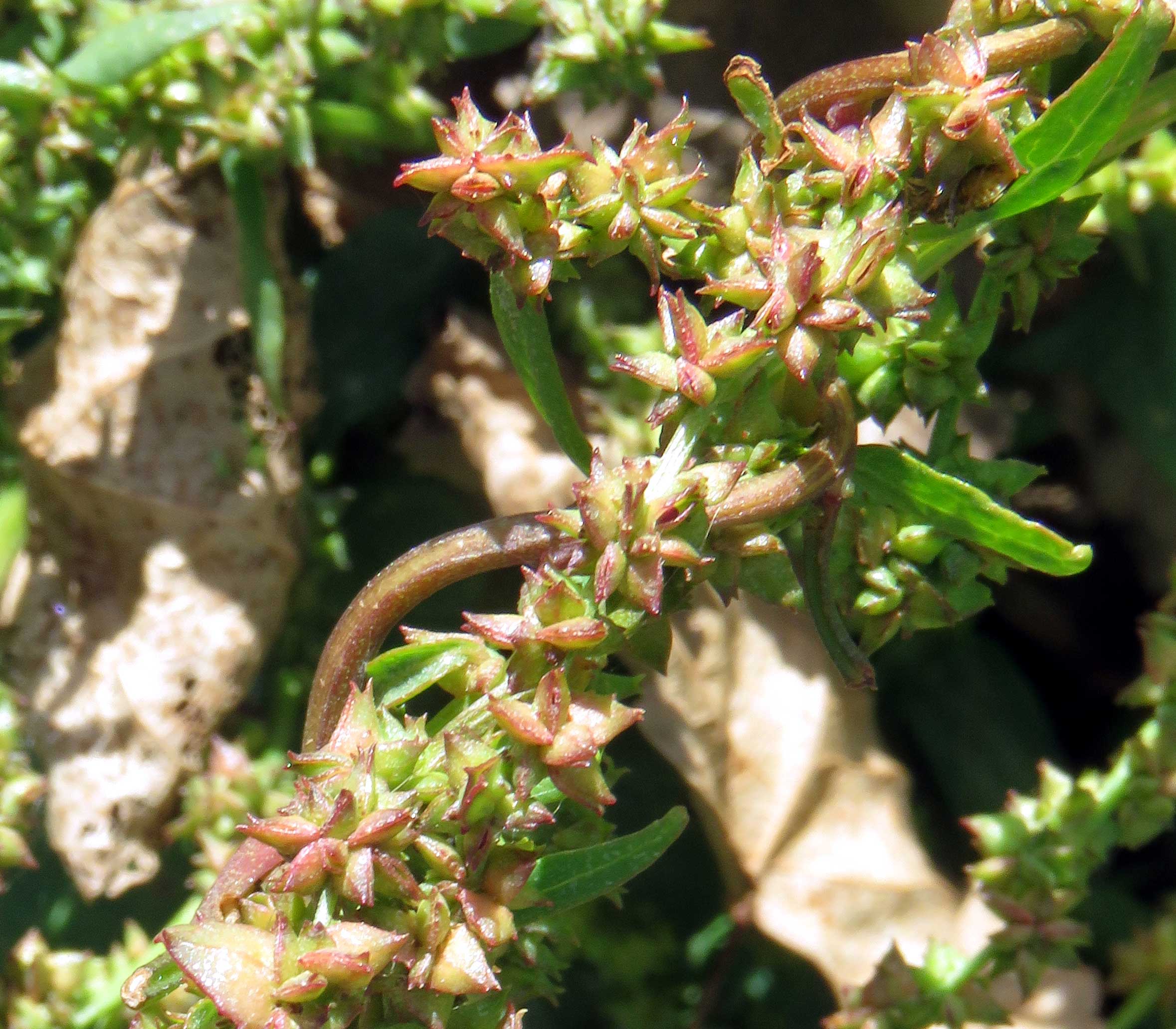 Orache is also found in Shoreham town. This seems to be a darker green, more extensive and I have penned these as Atriplex patula  COMMON ORACHE. On reflection this could be FAT HEN   Chenopodium album,

Notes: Common Orache is a slightly mealy annual plant found on open, arable, coastal and disturbed, waste ground over most of the country. Extremely variable, it grows to about 60 cm in height although it can also be quite prostrate and spreading. The stems are ridged, reddish and, both terminally and from the leaf axils, bear small, greenish flowers in long spikes from July to October. The upper leaves are lanceolate, the lower, triangular leaves having basal lobes which are forward-pointing, the leaves themselves tapering into the stalk. The diamond shaped fruits lack knobbles or warts, which helps to distinguish it from Babingtons Orache. This is an introduced species belonging to the Chenopodiaceae family.