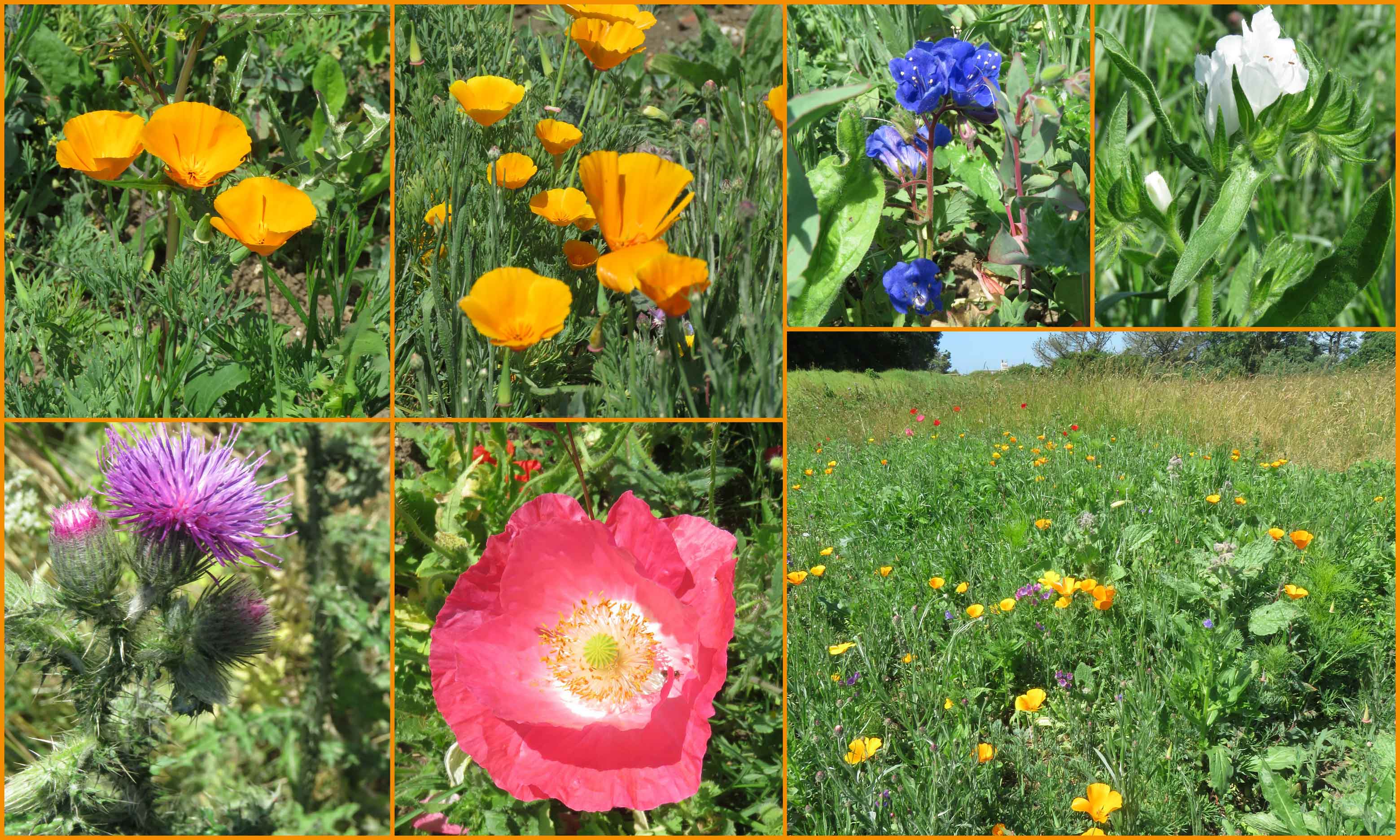 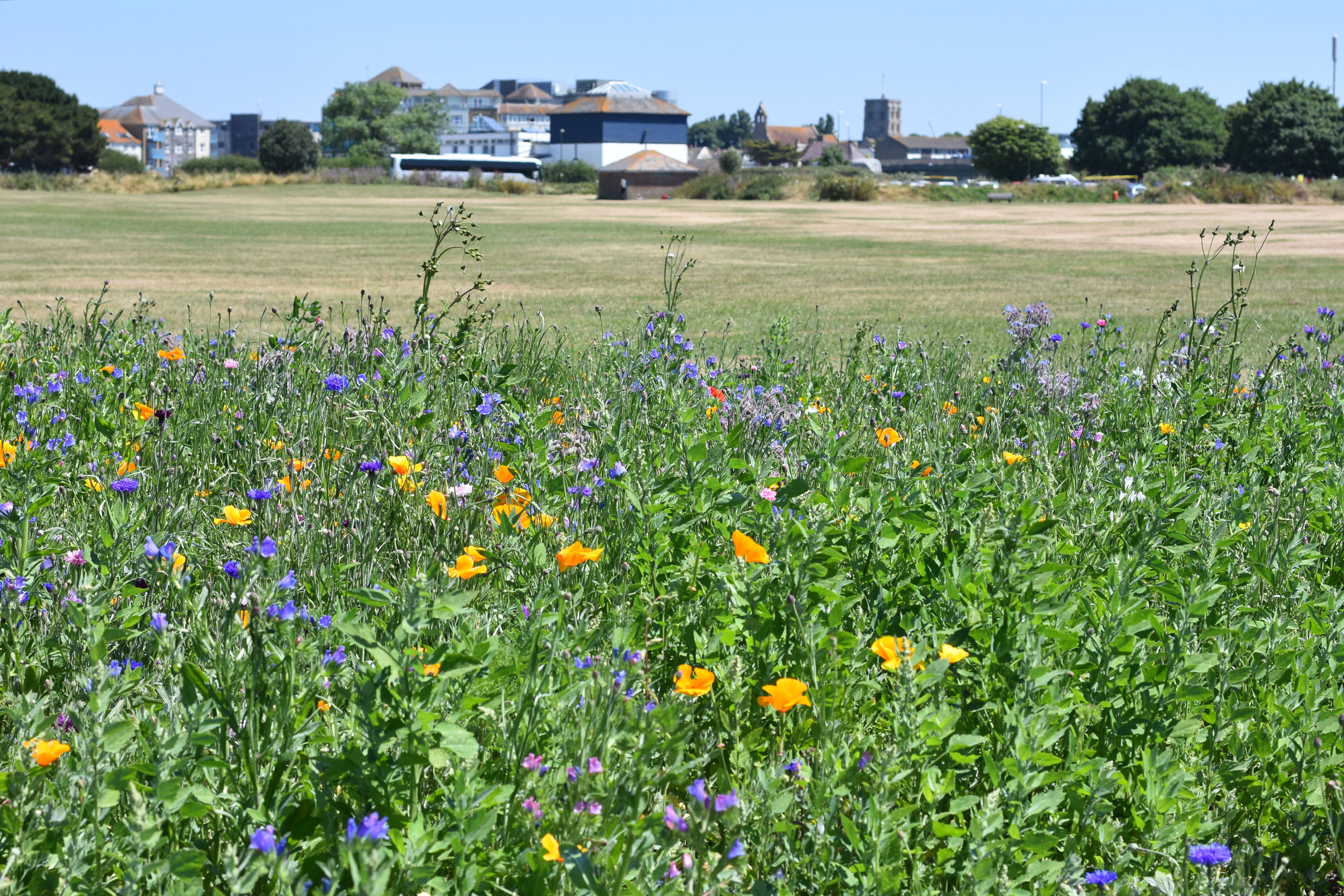 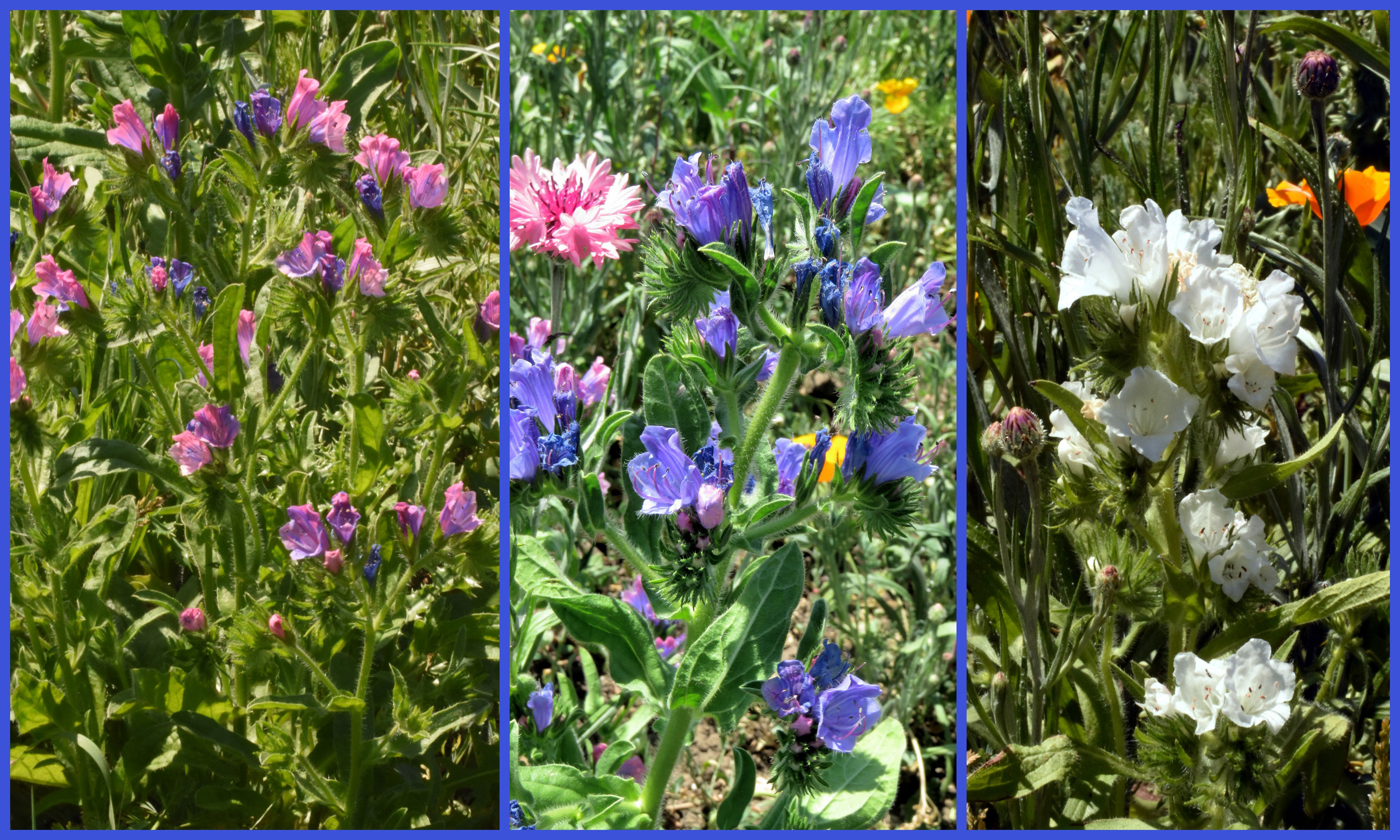 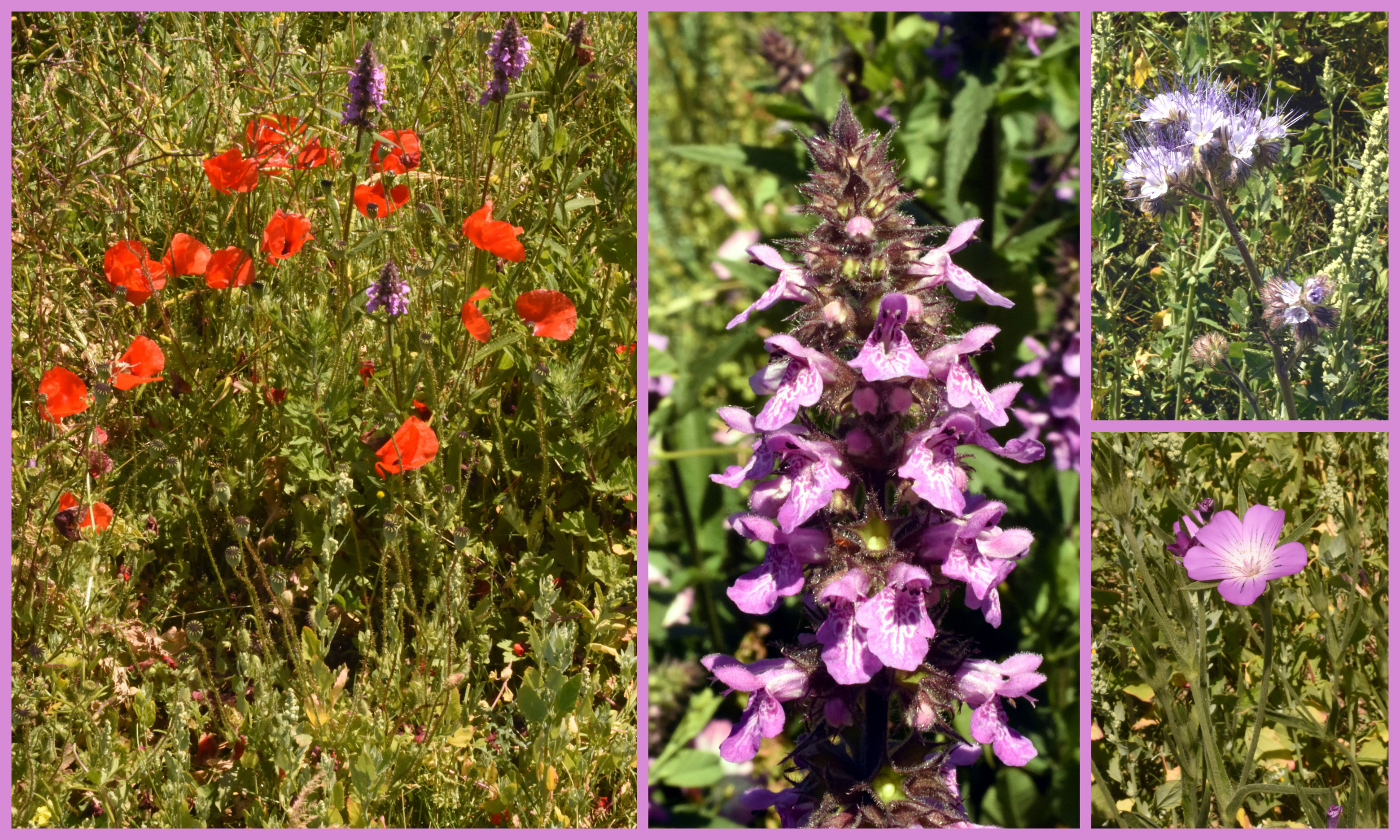 Grasses dominated the wilder more back to nature areas where noted blooms in prominence in order of prevalence were Common Mallow, Field Bindweed, Marsh Woundwort, Burdock, Spear Thistles, Bristly Ox-tongue and no more than occasional occurrences of Viper's Bugloss, Corn Cockle, Corn Marigold, Scented Mayweed, Greater Willowherb, more Oriental Poppies and Sow Thistles. The visit was cursory in the warm sunshine and I did not take notes. 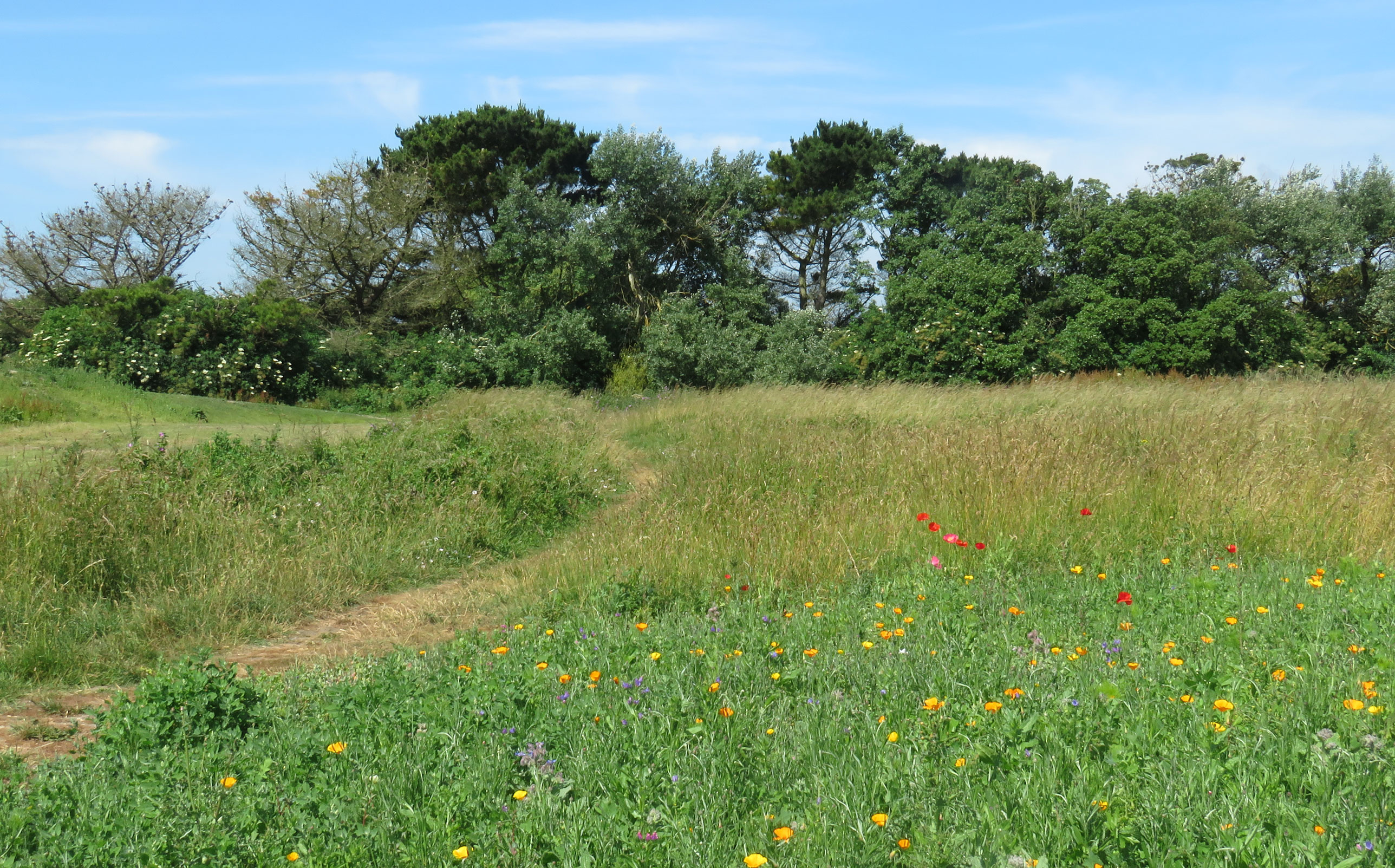 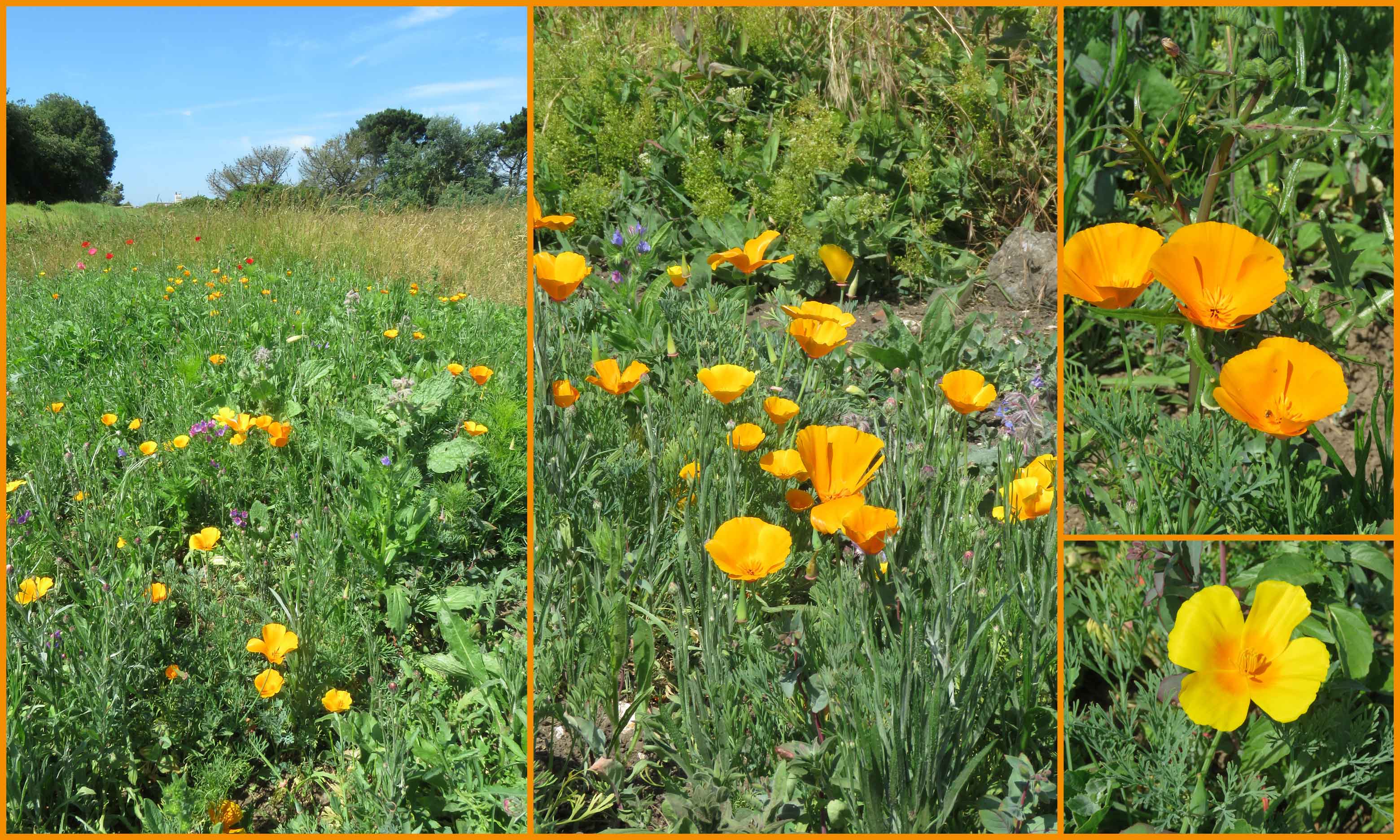 On  the southern edge of a parched  Adur Recreation Ground there was a confirmed Welted Thistle near Little Norfolk Bridge taking the road over the Flood Arches. It looks like the long grass meadows have been seeded with semi-natural plants especially the California Poppy, Eschscholzia californica, and an unidentified blue flower. 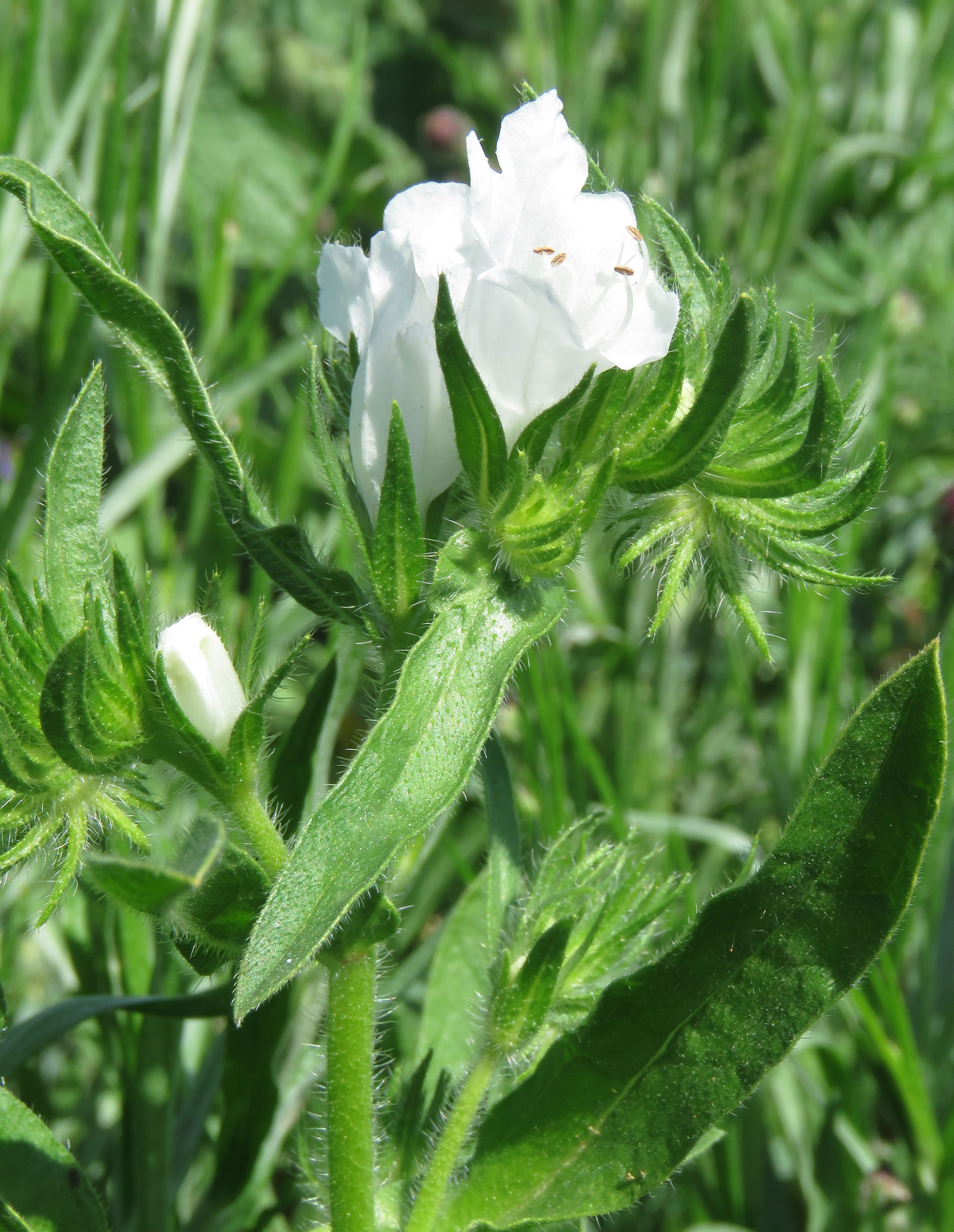 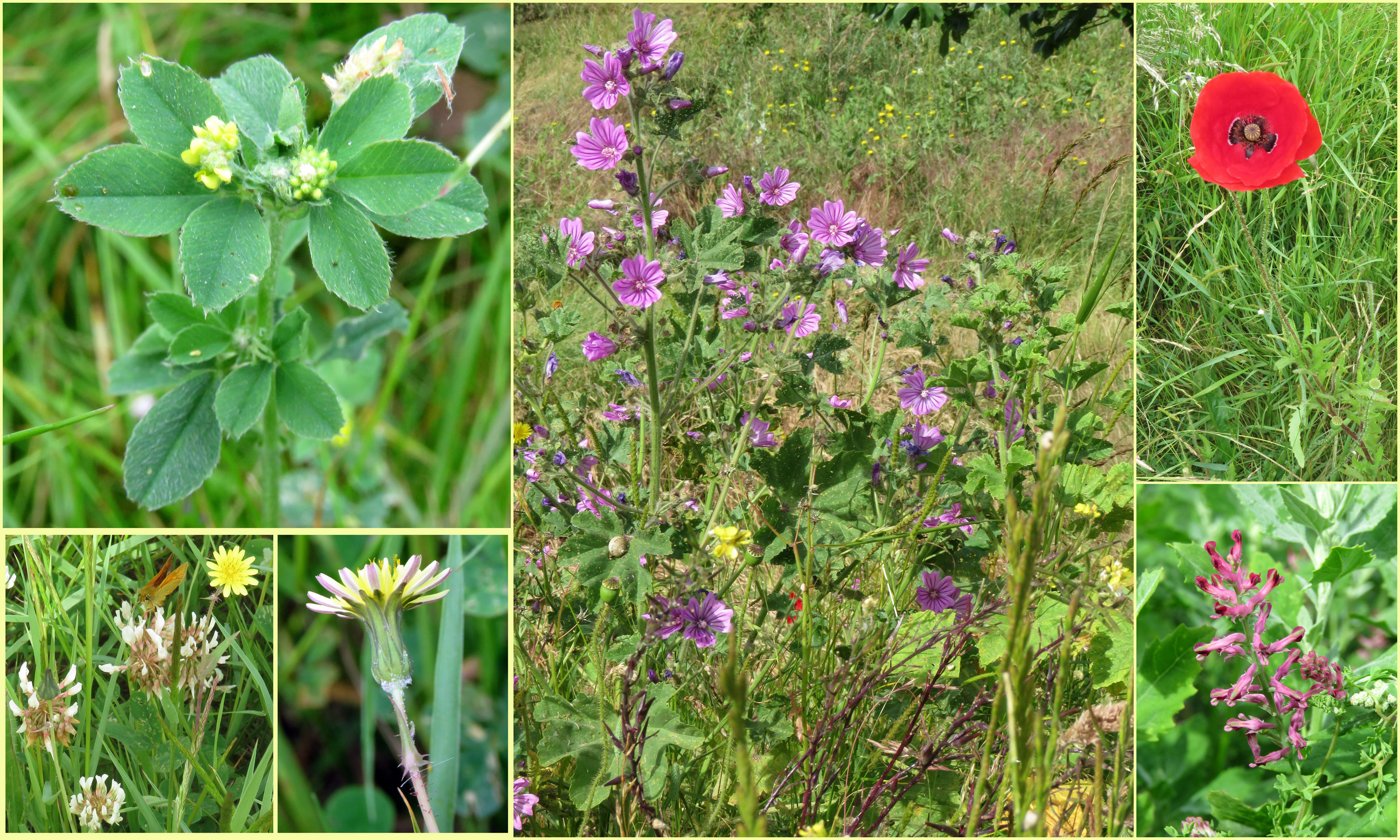 Blustered about terribly in the breeze (Force 5) it proved too tricky to capture a publishable photograph of my first Large Skipper of the year visiting White Clover amongst the long grasses at the Flood Arches end of Adur Recreation Ground. The grasses were  blowing about much too much and I could not get a clear shot. Fumitory was then spotted hidden amongst the long grasses. Swaying in the wind the crimson of the Oriental Poppies, Papaver pseudoorientale, and a large spike of Viper's Bugloss, a single confirmed Slender Thistle, the purple Common Mallow,  and the yellow of Bristly Ox-tongue were larger and more noticeable.