Coastal habitats can studies by dividing the area into zones, which can then be further subdivided if necessary.

1) Sublittoral:  land below low tide level (Chart Datum)
Characteristics:  completely submerged at all times and can be considered to be the sea in ecological terms
Fauna:  Special shallow sea fauna

3) Foreshore: defined in this text as the land between the High Water Mark and start of urban development.
Characteristics:  Influenced by the salt spray and liable to flooding
Flora and Fauna:  Wild plants adapted to the special habitat and bird nesting etc.

The action of the sea has eroded the shell fragments to a deep sand covering for most of the sublittoral zone, although at the eastern end the bedrock is exposed in an area known as the Jenny Ground.
The depth is shallow with a very gradual transition to deep water.
The currents are not dangerous but strong enough to prevent seaweed growth on the minimal bedrock.
Fauna:  Typical sandy shallow sea fauna of the English Channel; shrimps, flatfish (common species), Weevers, a few rays etc. A few unusual invertebrates are dislodged from their burrows in storms but these will originate from deeper water, as will the rare Seahorses. The shallow seas are nursery areas for juvenile fish, especially Bass.

Sea birds can be observed over the shallow sea area. Most of these seem to be passage migrants. Rarities like the Grey Phalarope attract birdwatchers. Cormorants perch on man made protuberances sticking out of the sea. Terns dive for fish mostly in the autumn. 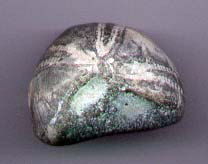 Magic Map shows Mean Low Water Level where sand is revealed. This will be exposed on the low spring tides which occur around dusk and dawn. Seen in daylight during the summer.
The OS map shows Mean High Water Mark. The promenade marks the practical limit of the Highest Astronomical Tides, which may be breached by storms. Ordnance Datum is 3.05 metres above Chart Datum.

The intertidal zone above Mean Low Water Mark is characterised by Cretaceous flint pebbles of various sizes. These are moved about by the action of the sea and longshore drift occurs (movement of the pebbles eastwards).
These moving pebbles prevent the colonisation of any macro fauna of interest to naturalists. The habitat is too unstable for settlement of seaweeds.

The exception is where man has created artificial sea defences like the Larvikite (a type of syenite) rock sea defences, wooden groynes and other outlets. In these areas the lower shore (lower part of the intertidal zone) resembles a rocky shore and fouling organisms (to boat people) and a limited rocky shore fauna of acorn barnacles, mussels, limpets, dogwhelks, sea anemones, small fish and crabs of interest to rockpoolers occur. This fauna is poor in comparison to a genuine rocky shore.
The sandy zone exposed at low tide is accessible for bait diggers for worms and shrimpers for the Brown Shrimp. However, there seems to be insufficient sand on Southwick Beach exposed at low tide to support a flock of a small bird called the Sanderling, as winter flocks of these shore birds occur further west at east Worthing to Lancing shores. 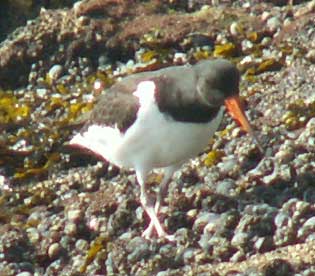 Birds visit rocky shores and some like the Turnstones can almost become residents. Oystercatchers can occasionally be seen probing for worms and small crustaceans on the shoreline

Southwick beach receives large amounts of flotsam and jetsam including the remains of natural organisms, notably the alien Slipper Limpets.

Above the direct influence of the sea where the pebbles are not rolled about by the waves, these type of shingle beaches can support both vegetated shingle flora and provide bird nesting sites for birds like the Ringed Plover that choose this habitat. The problem with Southwick is that this area is very small because of the harbour development. It is limited to the area around Carats Café where a typical selection of the common species occurs, including aliens. All these plants can be found on Shoreham Beach with the possible exception of the terrestrial Kidney Vetch. To the east where there is more shingle above the High Water Mark, the shingle is continually being disturbed and this removes shingle plants and discourages nesting birds.


12 July 2007
One (probably the female) Peregrine Falcon flew around the Shoreham Harbour Power Station chimney squawking like mad in the early afternoon.
Report by Peter Talbot-Elsden

The vegetated shingle patch outside Carat's Cafe, Southwick Beach, alongside the road on the north side was full up with a selection of wild plants notably Silver Ragwort, Kidney Vetch, Melilot, Yellow-horned Poppy, Sea Beet, Rock Samphire, Sea Campion, Tree Mallow, Scentless Mayweed, Rough Hawkbit, a Thistle, Dock, Bird's Foot Trefoil, Sea Heath and many others I did not note.

A pair of Peregrine Falcons regularly nest in the box on the Power Station chimney. The hawks are rarely seen hunting in the vicinity. They fly to the downs or other areas.
Other scarce birds are likely to be passage migrants that will settle on the sea offshore of Southwick Beach. 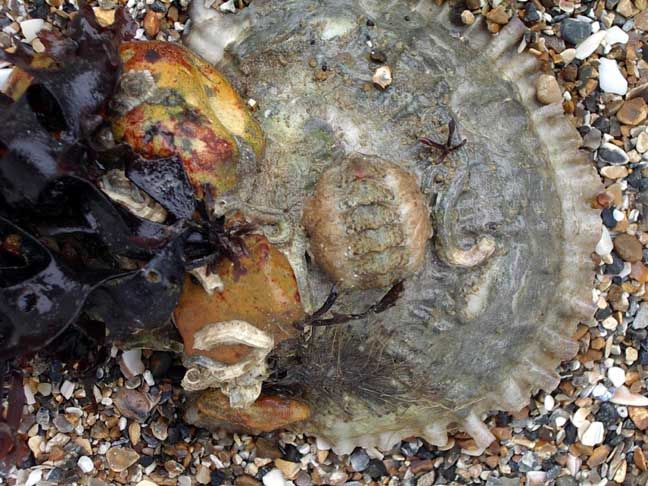 Up to medieval times, Southwick beach was possibly exceptional for its large number of Oysters. The evidence is exiguous, but the beach may have been stabilised by large numbers which would have been found in what is now the canal section. The commercial development of the harbour has intruded on the foreshore area and limited this interesting zone to insignificant (cf. Shoreham Beach).

Wildlife interest on Southwick Beach is rather poor compared to other beaches, but beaches are rich in variety and interest compared to many other habitats.

Other references not on the SBRC list
An ecological assessment was undertaken when installing the new sewage pipeline. Nothing of special interest was listed.