26 November 2007
A Jay flew from the Evergreen Oak towards a leafless tree in St. Julian's Churchyard in Kingston Buci with an acorn in its mouth. The white tail feathers were most noticeable.

23 November 2007
A pair of Jays flew into the trees in St. Julian's Churchyard in Kingston Buci.

20 November 2007
A Jay flew past the Old Barn in Kingston Buci, west of St.Julian's Church. Two flocks of about 400 Starlings in each one flew over Shoreham town.

9 November 2007
A Red Admiral Butterfly left the fallen leaves at the top of The Street, Old Shoreham. A Jay visited The Evergreen Oak in Kingston Buci in the college grounds east of St.Julian's Church. 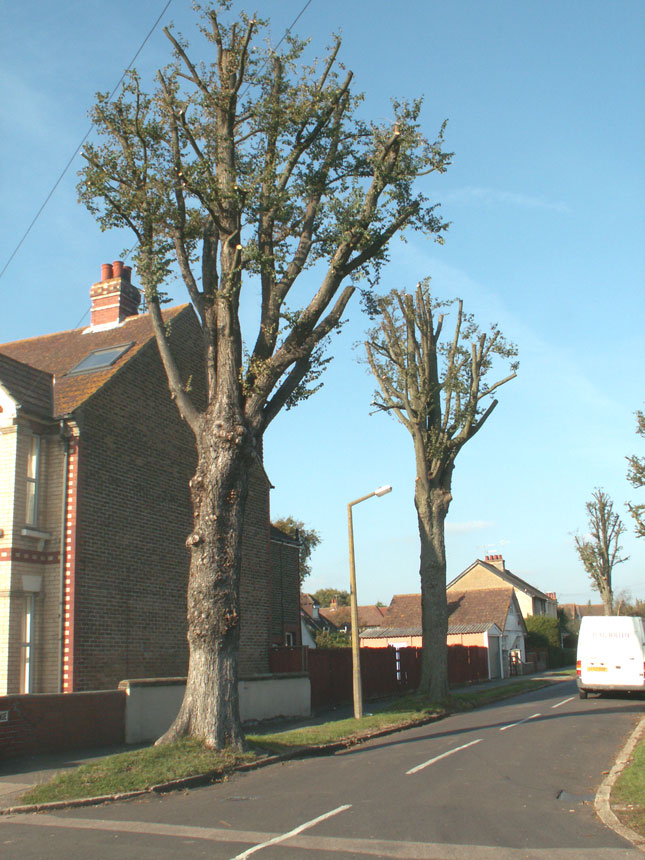 16 October 2007
I rang West Sussex County Council Highways Department for an explanation of why the trees were being cut down. The Highways Dept. do not give notice when trees are to be pruned back or felled. A closer look in the morning and the trees did look rather large swaying in the wind and the heavy weight could have brought them down in a storm. I asked Dave Stringer's (landscape gardener) opinion as he thought that they would grow back OK and although he was not too happy about the shaping, but I thought I would leave it to nature to rectify.
Elm Tree Notes

15 October 2007
The attractive Wheatley Elm Trees in Gordon Avenue, Shoreham, have been cut back and there large leafy branches removed. One of the workman said they had been diagnosed with Dutch Elm Disease. I have known these trees for 50 years as I lived my early life in adjacent Rosslyn Road. I did not see any signs of disease when I last cycled past these trees. The fading of the leaves was assumed to be because of the autumn season.
The trees have been confirmed of having Dutch Elm Disease. In the old days the trees would have been felled.
Elm Species

The trees succombed and were felled in January 2011.

12 & 13 August 2007
A Southern Hawker was seen in the middle of Shoreham town and another one of these immigrant dragonflies was seen in another part of urban Shoreham. They are large and unmistakable once recognised (before that, they could be mistaken for Emperor Dragonflies).

6 August 2007
A Red Admiral Butterfly was seen in Corbyn Crescent, Shoreham. And I was surprised to see the grey form of a Sparrowhawk flying over the rooftops to the area with trees in the back gardens of the houses in the central area, but the raptor did not settle and was seen immediately afterwards flying north.

18 June 2007
I was surprised by a male Meadow Brown Butterfly that settled in my small front garden in Corbyn Crecent, in residential Shoreham. 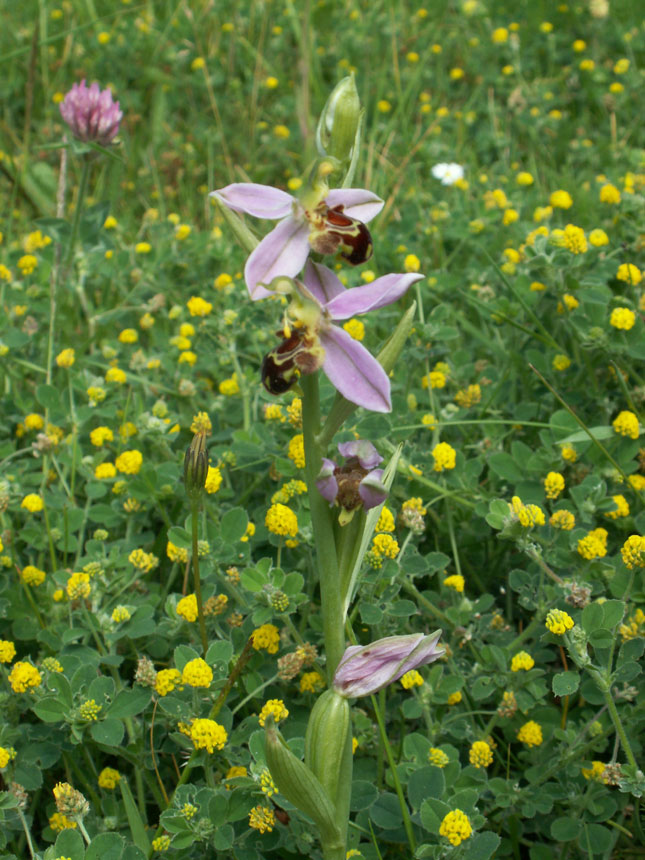 5 June 2007
A half a dozen or so Bee Orchid stalks were in flower on the verge in Mill Hill Road. A few Pyramidal Orchids were beginning including one on the lower slopes of Mill Hill.

25 May 2007
The first Bee Orchid of the year was seen on the verge in Mill Hill Road.

24 May 2007
I spotted a Jay very clearly in a small tree in a garden at the bottom of Stoney Lane at the junction with MIddle Road, east Shoreham.  A Speckled Wood Butterfly fluttered across the road in Kingston Buci as I cycled past.


13 March 2007
The Rooks are now confirmed with a close-up view at their rookery in a tall fir tree in The Drive, Shoreham.

8 March 2007
A pair of brownish-red Grey Squirrels mated at the foot of a tree around the gravestones of St. Mary de Haura Churchyard, New Shoreham. 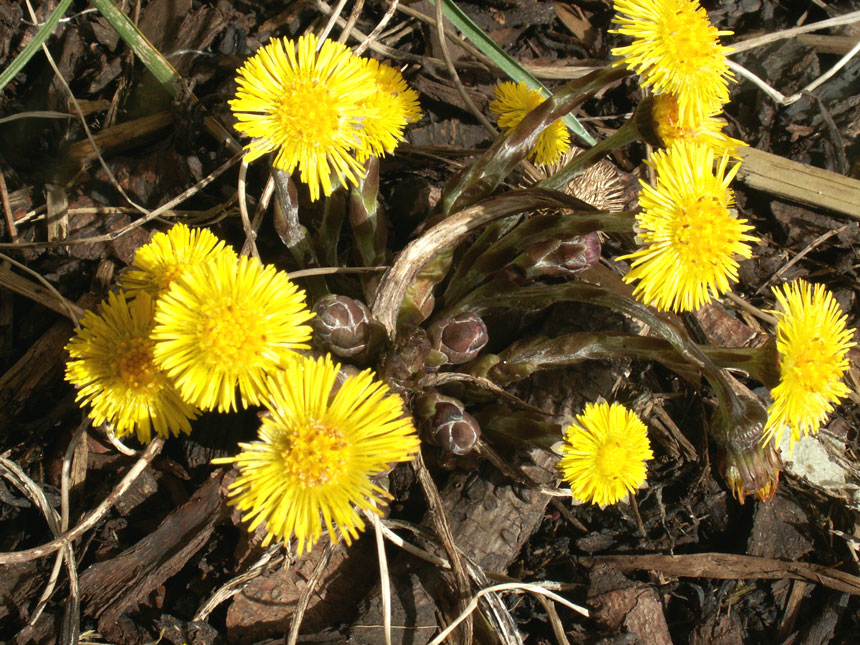 In a brief spell of sunshine just after midday (when the air temperature reached 13.4 ºC) I was surprised by a Peacock Butterfly that landed on a wall in front of me in the southern part of Victoria Road, Shoreham. It was my first of the year for this species which emerges from hibernation when the weather is warm enough. It was bright and intact and flew away strongly.
Adur Butterflies: First Dates

My first Coltsfoot (wild flower) grew in a clump on a flower bed on Ropetackle almost under the Railway Viaduct over the River Adur.  In my town garden pond, an adult Smooth Newt swam out from under a rock.

2 March 2007
On the verges and open front gardens of the old chalkhill near the top of Chanctonbury Drive (SE of the bridge to Mill Hill), swathes of Lesser Celandine and Sweet Violets were flowering. Further up on the edge of the lawn and the wood near the bridge, I spotted 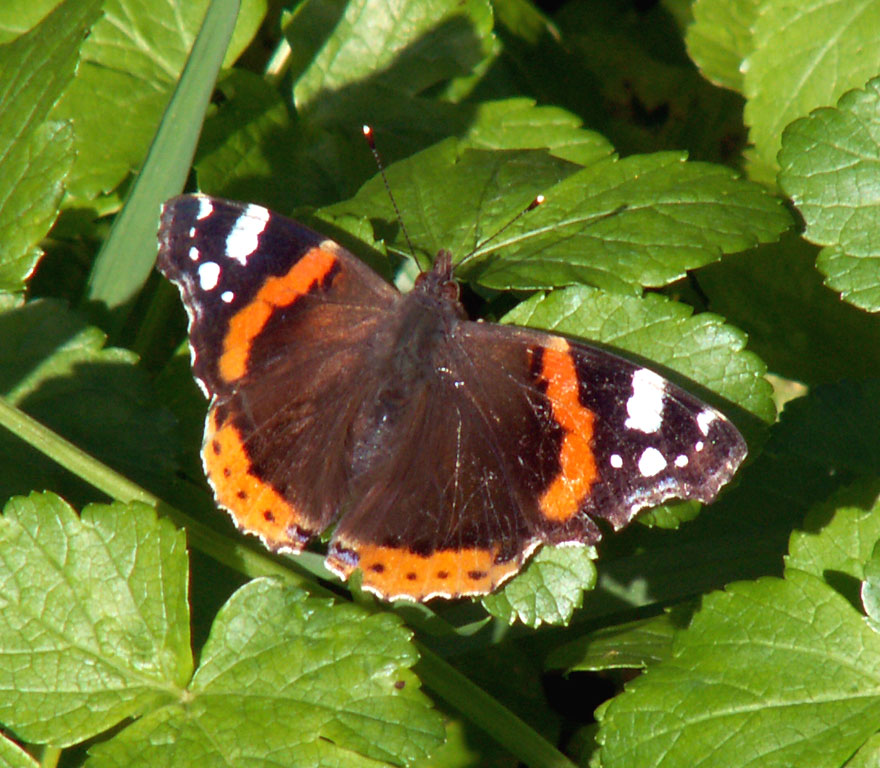 28 February 2007
The Rooks seem to be again visiting their rookery in a tall fir tree in The Drive, Shoreham. They were only see through binoculars from the top of the road, but they seemed like Rooks and not Crows.

25 February 2007
I counted twenty Smooth Newts, Trituris vulgaris, in my Mill Hill Drive garden pond in north Shoreham, but there has not been any courtship displays yet.

24 January 2007
South-east England woke after an overnight flurry of snow and Shoreham was no exception with a layer in Shoreham town.

As the air temperature was always above freezing and the dew point only just below zero Celsius, so by the early afternoon almost all the snow had melted in town with only a light covering visible on the downs. 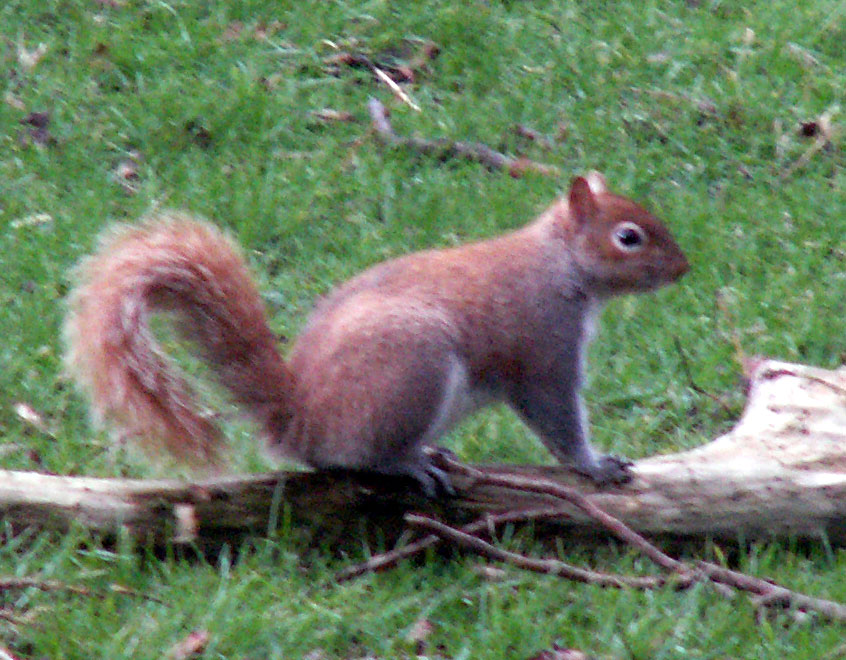 19 January 2007
There were at least three out of over a dozen noticeably brownish-red Grey Squirrels scampering around the gravestones of St. Mary de Haura Churchyard, New Shoreham, in a hazy temperate 12.3 ºC with a Gentle Breeze (Force 3) blowing from the SSW.

15 January 2007
There were a dozen plus Herring Gulls, including many immatures, on the roof of Perkins & Robins in Ham Road near Shoreham railway station and on the roof of the Burrell Arms making a mess with their droppings.

14 January 2007
The laughing call of the Great Spotted Woodpecker was heard at the top of Buckingham Park, Shoreham. 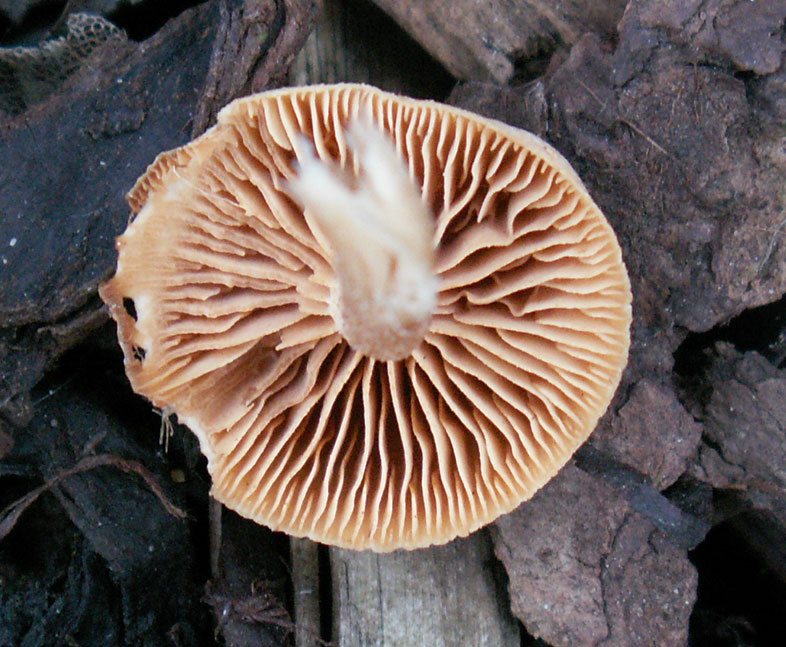 My first mushrooms seen this year were a small brown unidentified species growing on the wood chips in the shrub beds of McDonalds, Eastern Avenue, Shoreham.
Adur Fungi Reports 2007

1 January 2007
The first birds of the year heard were House Sparrows in Corbyn Crescent, Shoreham, but the first bird seen was a Pied Wagtail on a telephone wire, followed by a hundred Starlings and a hundred Herring Gulls in Shoreham town in the first hour. The first wild mammal seen in 2007 was a Grey Squirrel in St. Mary's Churchyard, Shoreham.