World Oceans Day was first declared as 8th June at the Earth Summit in Rio de Janeiro in 1992.
Events will occur all around the world on this day.
The Adur representation to raise public awareness about the oceans includes the following  Exhibitions: 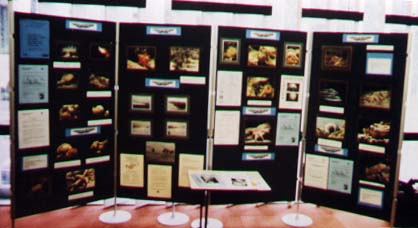 Both libraries are closed on Wednesday afternoons.

The Exhibition will consist of colour photographs of the sea and marine life, including contributions by local photographers, and information about the sea. The Adur Exhibition is organised by Andy Horton & David Wood of the British Marine Life Study Society. For more information telephone 01273 465433, or EMail: Glaucus@hotmail.com.