The low spring tides occur at dawn and dusk so it is unusual to see the rivulet of fresh water at the lowest astronomical point of the tide with the sun high in the sky, as it is to see the River Adur in full flood as the sun is setting over the horizon. 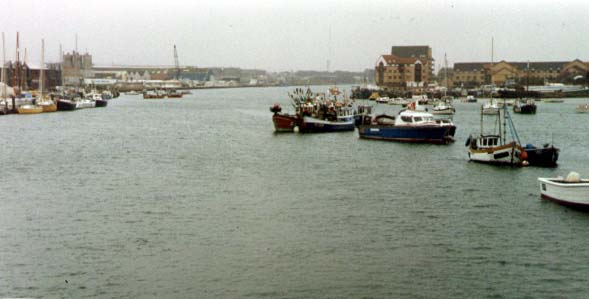 The Redshank is the first bird to call alarm as it probes in the mud for shrimps and snails. The birds rely not only on the physical roosting space of the saltings but also on the ebb on the flow of the tides to bring in their diet of migrating small fish and crabs up the river from June until October. So what do Moss Environmental recommend: dam it!

Apart from the inevitable silting up and reduction in salinity, de-oxygenation, a barrage or weir will result in a reduction in the biodiversity of the river. An Environmental Assessment will only indicate how much change will occur, if the data is available for an educated guess. The information on the wildlife and environmental parameters of the river is not complete.

Biodiversity is the word coined by the zoologist  E. O. Wilson to summarise the phrase biological diversity. It encompasses the whole range of variation in living organisms: genetic variation, species variation and ecosystem variation. Simply, it means the variety of life.

Article 2 of the Biological Convention defines biological diversity to mean:

"The variability among living organisms from all sources, inter alia, terrestrial, marine and other aquatic ecosystems and ecological complexes of which theya re part; this includes diversity within species, between species and of ecosystems."