It is all too easy when exploring the coastline to take it at face value. How often do you really stop to think about the environment you are in or to look at it from the point of view of the nearby brown seaweeds? You may see the coast as rock, mud or sand. You may notice the water is clear or turbid. You will be aware of the waves lapping or pounding the shore. Most of us (possibly from unwanted experience!) know that the sea tastes salty. If we paddle or dive we know if it is cold (or freezing), but that is where we usually leave it. I shall attempt to explain a little basic oceanography.

After all the sea covers 70% of the earth's surface and actually provides around 99% of the available living space. So as I write I shall attempt to show how each factor can influence or play a role in the life of the marine organisms to whom the sea is home. Indeed, it is because of the complex, intermeshed, interactive nature of the physical and biological arena that we call the sea, that there is the danger that man can so easily upset the balance.

LUNGS OF THE OCEAN

The air we breathe is a cocktail of gases, the most important of which are

However, in seawater carbon dioxide is the most abundant dissolved gas followed by nitrogen, oxygen and argon.

In seawater carbon dioxide becomes carbonic acid, which in turn forms bicarbonate and carbonate ions. The levels of these are important because they control the pH of seawater. This is a measure of how acid or alkaline the water is. In fact, seawater has a relatively stable pH of about 8.3. This means it is slightly alkaline, a fact that is of importance if you set up your own aquarium. If you allow your aquarium water to become acid then the shells of animals like crabs or prawns, may start to soften and the animals undoubtedly suffer. If, within the sea, there is any variation in pH it tends to be less acid at the surface and more acid at depth. This is the result of both the presence of plants1 and the mixing of water at the surface, whereas deep down those factors are absent, but animals release carbon dioxide during respiration and decay.

At the surface during stormy weather the rate of diffusion of gases between air and sea is increased due to the mixing of tiny air bubbles that have formed as waves break. Once in the sea the gases are carried to deep water by turbulent mixing.

WHY THE SEA IS SALTY

(AND WHAT ELSE IS IN IT)

We all know the sea is salty, and as many as 3000 years ago the peoples around the Mediterranean started to extract the salt by evaporation. This simple but effective process allowed them to salt sea fish and so preserve them well enough that they could be transported inland or kept for lean times.

What is in this crude salt? Well, there are 11 major constituents. The most important are the two that make up our purified table salt, sodium (Na+) and chloride (Cl-). It is these that make the sea taste salty. The other nine are found in smaller amounts. They are sulphate, bicarbonate, bromide, borate, fluoride, magnesium, calcium, potassium and strontium. Together these 11 make up 99.9% of the dissolved constituents of sea water and represent about 3.5% of the sea by weight. Because the amount of water in the oceans is so vast the total tonnage of these salts is huge and has been estimated to be equivalent to about 14.5 times the bulk of Europe.

All of the 11 major constituents dissolved in sea water are found in concentrations of over 1 part per million by weight. The salinity in some parts of the sea is lower than average (the Baltic Sea is not very salty) and in others higher that average, but the relative proportions of the salts almost always remain constant. However, of the other 92 naturally occurring elements most have been found in sea water, even though they are only present in minute amounts.

Plants, including the phytoplankton, remove carbon dioxide for use in photosynthesis.

Many of these minor, or trace, constituents are essential nutrients for plant or animal growth. Not all of these nutrients are in short supply. Calcium and carbon are used to make calcium carbonate skeletons in plants and animals and both are found in such abundance that they are never exhausted and so cannot restrict growth.

Phosphate, nitrate and silica are also basic building blocks needed by plants in the sea and once they have been used up the phytoplankton growth stops.

In many areas, phosphates and nitrates are spread on the land to fertilise fields. However, heavy rain can do a very good job in washing these down to the sea where they end up fertilising the surrounding waters. Sewage can have a similar enriching effect. Both will cause phytoplankton blooms which may enhance the available food in the sea, but can also be unpleasant as was the case in 1993 when much of the North Eastern seaboard of Italy suffered from algal mats washing up on its shore. These then rotted down, which was unpleasant for the human population and life-threatening for any marine animals caught beneath it.

Because phytoplankton can only grow where there is light (the photic zone) they are only found in the top 200 metres of the oceans. As a result, it is in these surface waters that the nutrients are most heavily used. They are constantly reused after excretion and recycled by microbes that can break down corpses, faeces and most other organic matter (detritus).

In spring in British coastal waters these nutrient salts are rapidly used up by increasing numbers of, at first, phytoplankton and then by the zooplankton that feed on them. Eventually, by early summer, nearly all the available nutrients are used up; the plants can no longer grow and their numbers rapidly fall.

The importance of this process becomes clear when the reproductive patterns of coastal wildlife are looked at in more detail. The principle is:

There are two different strategies used by marine fish and invertebrates. Firstly, species such as barnacles, mussels, lobsters and whiting. These have larvae that hatch in spring, often in vast numbers, to take advantage of the abundant planktonic food. Most animals belong to the first group. They lay large numbers of eggs and rely on the large numbers of larvae hatching and simultaneously entering the plankton, so that it is quite likely that some will get enough food to grow, mature and find a suitable niche for their adult life.

The second group are more opportunistic. All these rely heavily on the chance that enough nutrients are available that there will be sufficient phytoplankton around at some point that one or two of the larvae will manage to reach maturity.

Opportunist "year round" larvae have to face the fact that whilst resources are scarce for much of the year, there is still the advantage of less competition.

The microscopic planktonic organisms, called the phytoplankton, require sunlight and minerals to grow and reproduce at a phenomenal rate. The greatest concentrations, called "blooms" occur around the time of the vernal, or spring, equinox, and again in autumn. These microscopic plants are the basis of the marine food web. They provide direct nutrition for mussels and are consumed in large numbers by the zooplankton, which are microscopic and slightly larger invertebrate animals and larvae of the plankton. The Marine Food Chain was featured in the Autumn 1991 issue of Glaucus (02.03.11). 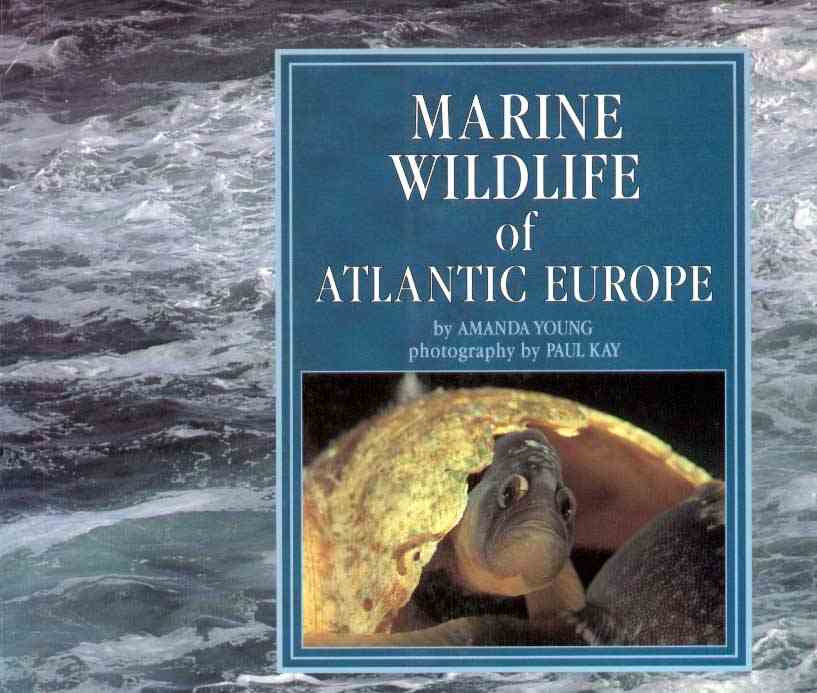 MARINE WILDLIFE OF ATLANTIC EUROPE
by Amanda Young, with photographs by Paul Kay