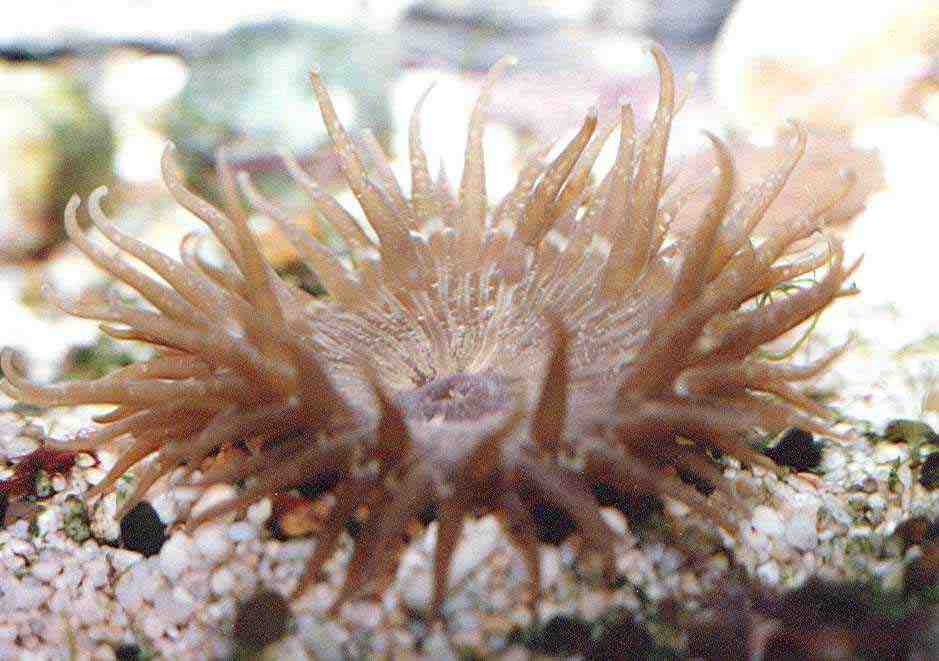 The text for this page is expected to be included in 1999.

30 March 2002
Lancing beach proved to be an exceptional discovery. The small patch of loose sponge-covered flint rocks with small bits of chalk proved unusually rich in small rockpool life at the very low tide (TQ 018 034). Katherine Hamblett spotted and Tacita French caught a Tompot Blenny, a small fish that is unusual between the tides. I made hundreds of visits to the shore before I ever caught one.
The beach was home to five species of sea anemones including large Dahlia Anemones and frequent Snakelocks Anemones, enough to identify this location as the most easterly regular location of this sea anemone on the northern English Channel.
The Pimplet Anemone was also discovered, another anemone species that has never been recorded this far east before.
Full Report
BMLSS Sea Anemones