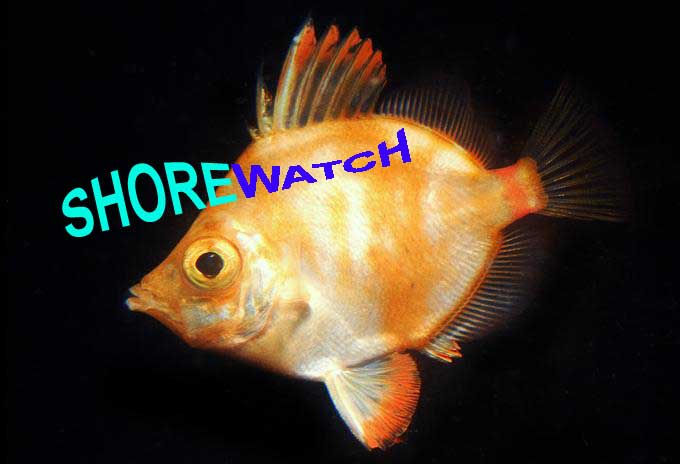 Shore Watch is a scheme started on a trial basis in January 1995 under the current title. It was operated without a title from about 1986. The title was chosen by John Dawes and Andy Horton.

The object of the scheme is to record wildlife on the seashore around the British Isles. The results will be published in the marine wildlife journal Glaucus and in computer database accessible by contributors and the public.

The aims of the project are:

1) stimulate interest in the seashore as a valuable wildlife habitat.
2) educate the public in the sciences and art of the intertidal zone.
3) give naturalists the opportunity to contribute their knowledge and observations.
4) identify and record any marine wildlife trends.
5) give a commonsense supplement to proper scientific surveys.
6) publish the merits of British seashore life to the uninitiated and foreign students.

The public can help in the following ways:

f) Panoramic views of the seashore; rocky coasts, sandy coasts etc.
g) Animals: jellyfish washed up, dolphins, seals, sea birds, sharks, turtles, sunfish, and the smaller animals, underwater shots if the photographer is good enough.
h) Photographs of marine and estuarine angling catches (these photographs may be included on a different database).
i) Scale maps of intertidal areas with the topographical features marked. The 1:1250 (50": 1 mile) OS maps can provide the starting points.


If readers wish to report interesting discoveries between the tides, they can load the information up directly onto the New Millennium Shorewatch Project on the Smart Groups Marine Wildlife of the North-east Atlantic Ocean Wildlife database.

For this you need to log on to the Smart Groups registration area and become a full member to go to:


ALL REPORTS SENT IN WILL RECEIVE A REPLY

Identifying species correctly.
This should be overcome by the new Collin's Guide to the Seashore, although there will always be tricky identifications of species that are similar in appearance to each other (e.g. sea anemones, spider crabs, gobies). 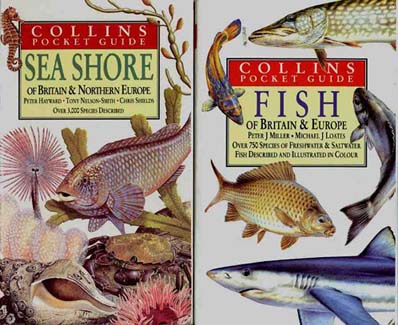 Etymology of the word 'shore'

The word shore probably arose as the past participle of sceran (shear) = scora.
(Andy Horton, September 1997).