Albion
Albion is the original name of England which the land was known as by the Romans, probably from the Latin  albus  meaning white, and referring to the chalk cliffs along the south-east coast of England.  This is likely to have been a very old name, pre Celtic, and one of the oldest words remaining in the current English language.  (English was introduced by the Anglo-Saxons in the 5th century AD. ) Albion was replaced by the Latin 'Britannia', and the Romans called the natives of England the Britons. 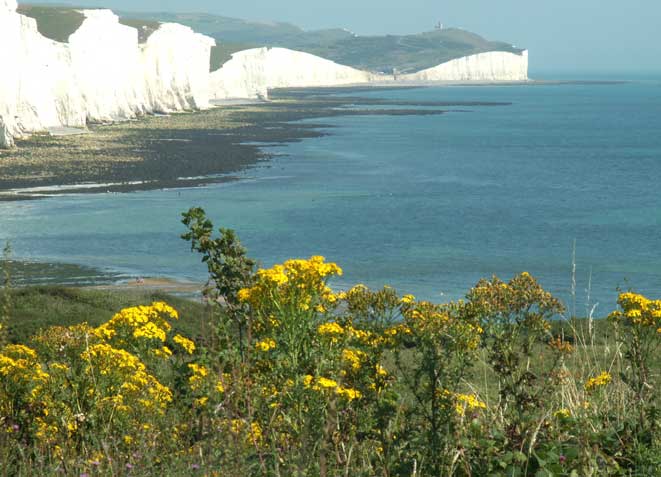 With the replacement of the name for the country, Albion became to be used for place names from a toponymic feature involving chalk cliffs, at least in the 19th century. In Southwick, West Sussex, there is a small white cliff (mostly now eroded and grassed over) overlooking the canal section of Shoreham Harbour, and the road that runs along the top of the cliff is known as Albion Street. Albion is a name of public houses, hotels, street names in Sussex, and is even the name of the leading football club.

Albion is used in the poetry of William Blake in its original meaning. 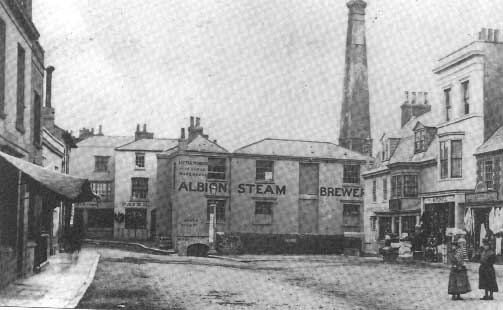 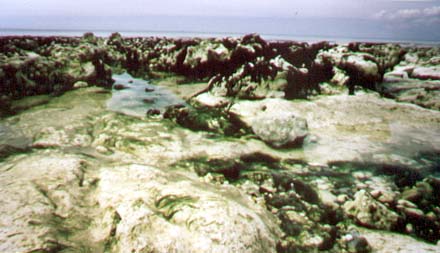 Rockpooling on the Chalk Platform at Brighton
Southwick

This page was included by request from foreign visitors to my other web pages.