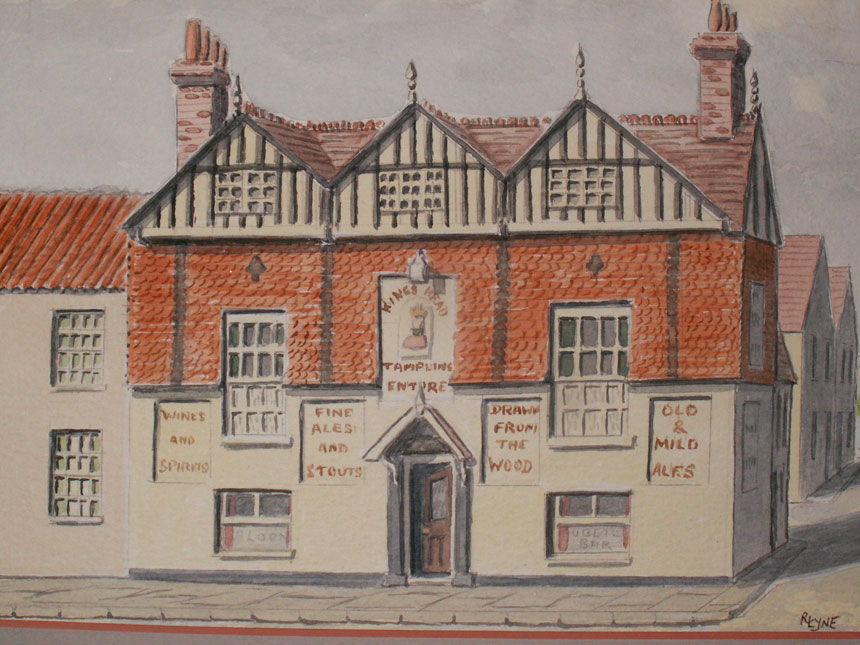 Water colour of the King's Head by the late landlord Ron Lynn.

Other pubs closed in the 20th century:

Shoreham-by-Sea Pub Names
In the last century, several pubs were demolished and rebuilt but they still kept their same names like the Bridge Inn, or if they were rebuilt at a different location like the George, which became the Royal George. The Schooner reverted to its old name after changing it for a few months. It was then called The Ship and then renamed to something else. The Buckingham applied to change it its name, but because it was in a Conservation Area, Adur Council refused the new sign. The Waterside Inn on Shoreham beach was previously called the Lady Jane and before that it was called the Tudor. Although the Arundel Arms (now demolished) was on the sign, it was always known as the Moke, but nobody knows why? The Crabtree is sometimes known as the Crab. The Marlipins Inn used to be called The Ship. 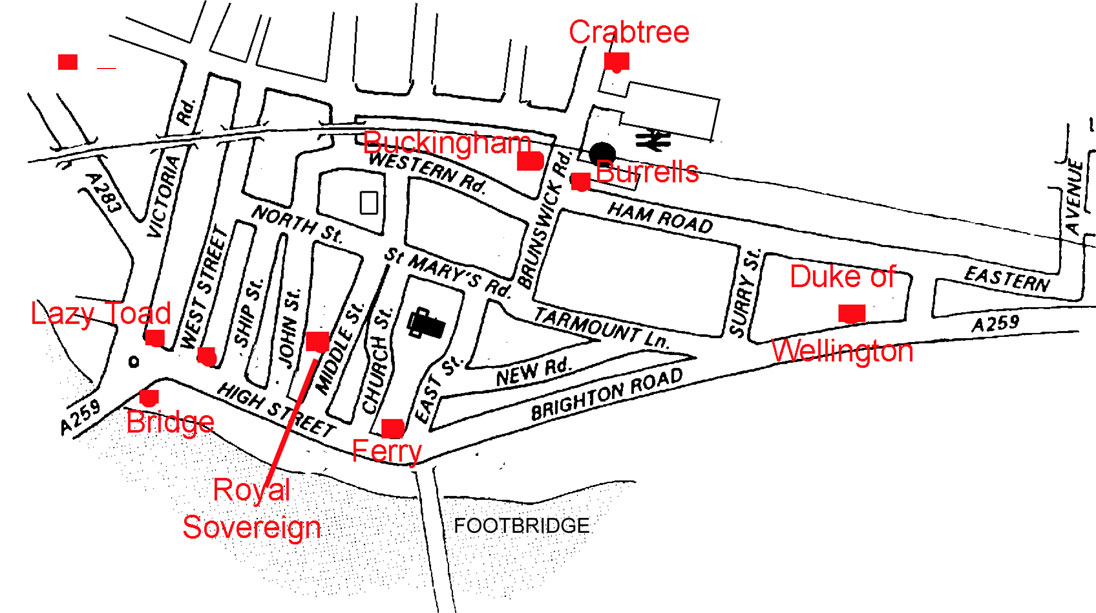 the following High Street Inns were recorded in documents:


1686  A Government survey of inns and alehouses give an illustration of the town heirarchy in West Sussex.
Sussex CAMRA
Shoreham-by-Sea Home Page
Map of Shoreham-by-Sea