The low lying town of Shoreham-by-Sea is built on level land almost entirely below 7.7 metres (25 feet) above sea level (Ordnance Datum, 3.27 metres*above Chart Datum). Since World War II houses have been built on slightly higher ground up to 15 metres (50 feet) above sea level. The sea facing slope of the downs has been developed with residential housing, but at a height of about 30 metres (100 feet) the development has stopped and the downs in the north remain as farmland. The town is therefore on the low lying plain.  (*figure to be checked. It seems about 2.5 metres?)

Neighbouring Hove and Brighton were able to develop into large towns by extensive building on the downland. Erringham Hill (arable private land) overlooking the River Adur estuary is 104 metres at its highest point. However, the Mill Hill Nature Reserve car park is near a good vantage point, 67 metres above sea level, the highest copse 92 metres, looking over the Adur Valley. Slonk Hill, NE of Buckingham Park, is 70 metres (228 feet) above sea level. Thundersbarrow is 137 metres (448 feet) high and Beeding Hill the high point on the downs near Shoreham is 169 metres (554 feet) above sea level. Truleigh Hill which is linked by a direct road from Shoreham only is 216 metres (708 ft) high. The adjacent Devil's Dyke is 217 metres above sea level and linked by road from Hove (the railway link has been a long time closed). The highest spring tides at Kingston Beach, Shoreham-by-Sea, are 7.00 metres above Chart Datum (Lowest Astronomical Tide Level). 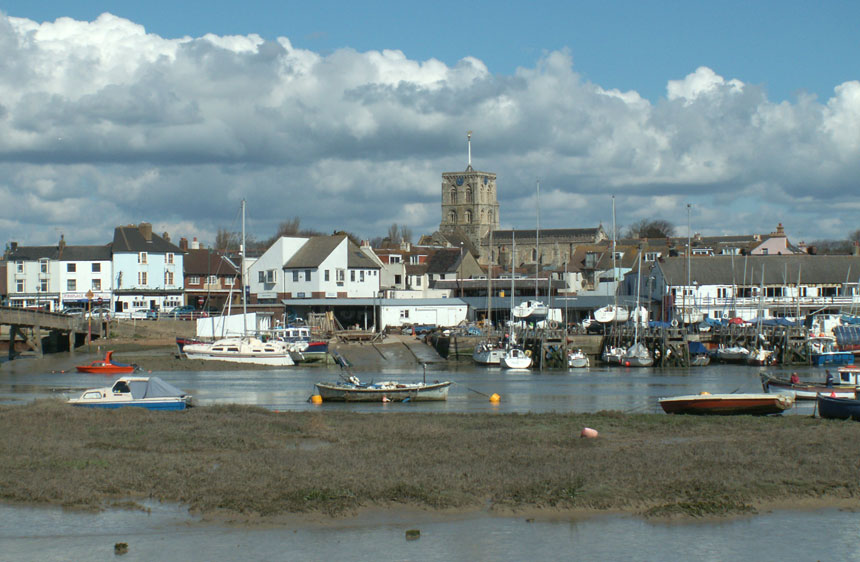 The Footbridge is approximately 225 metres (246 yards) long as it crosses the river from Coronation Green to Shoreham Beach.

The coast/shingle beach (sand below Mean Low Tide mark) at Shoreham-by-Sea is both a depositing and eroding shore and subject to extensive longshore drift.

The highest point in East Sussex is Ditchling Beacon, just outside Brighton at a height of 248 metres (813 ft). Beachy Head is 163 metres (534 feet) high from the sea just below.

Ordnance Datum
This is our national coordinate system for heights above mean sea level (orthometric heights). It was originally based on tide gauge readings at Newlyn, Cornwall. ODN is the usual definition of height above mean sea level in mainland Britain and some islands.
Surveying with the National GPS Network